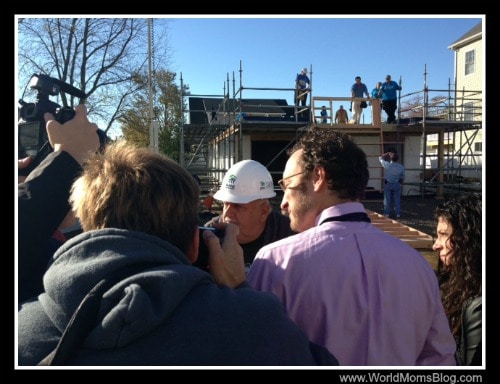 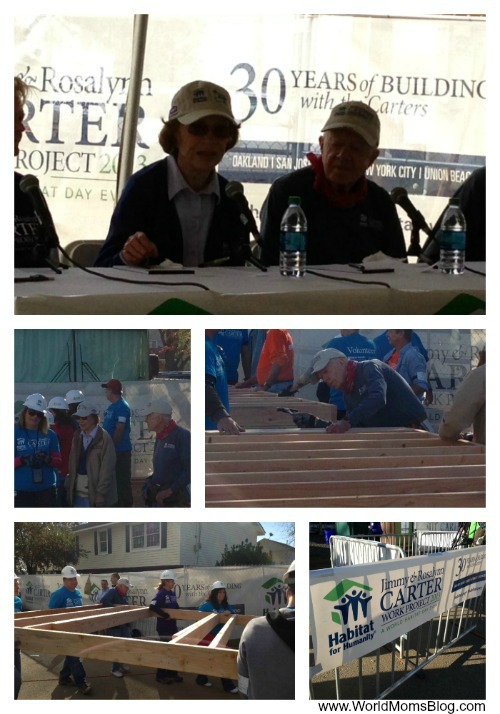 When it comes to helping people outside the United States, Former President Jimmy Carter says, “We don’t distinguish.”

In celebration of this week’s World Habitat Day, Carter said last Saturday, “We think the folks [we build housing for] in other countries are just as good and needy as the folks in America.”

The message that President Jimmy Carter and First Lady Rossalyn Carter brought to Union Beach, NJ, a town that was hit by Hurricane Sandy almost one year ago, was one of hope, for the people there and the people all around the world.

The Carters have spent over 3 decades giving a hand up to families in need of affordable shelter through Habitat for Humanity, a Christian non-profit that builds housing for the people who need it most.  And, by the looks of it, they are not stopping.  Last week, on the Habitat for Humanity work site in Union Beach, NJ, the President and First Lady, in their work clothes, helped build house framing for over 2 hours. (They are for real, guys.) This was the tail end of the Carter work project this year that went around the United States and ended in New Jersey.

The local branch of Habitat for Humanity in Monmouth County, New Jersey, USA, has completed 40 homes since Super Storm Sandy hit in October of last year. Eighty percent of their service area was affected by the storm from the town of Aberdeen to the town of Ocean.

First Lady Rossalyn Carter stated, “This [worksite] was a special one for us. Super storm Sandy hit, and we’ve been worried about you all ever since.” 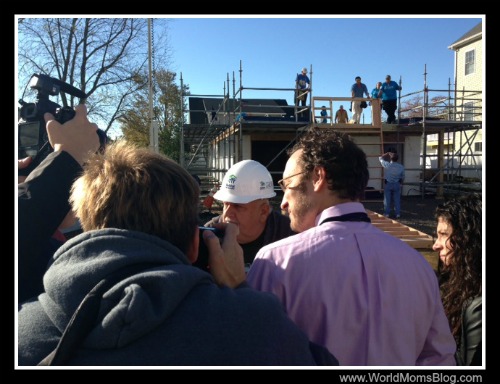 Mr. Lamberson is interviewed by the Press on the Carter’s worksite. That’s his home in the background being rebuilt after Super Storm Sandy damaged it almost one year ago.

The Carters have proved themselves tireless champions of human justice.

“We find that Habitat home owners were hopeless and have never known success. They’ve been promised outside help that never arrived, but Habitat is not that way. Local people decide what kind of houses to build, where and which families. Lots of the homeowners become transformed.”  — President Carter.

The Former President also explained that the houses in Union Beach were being raised by 8 feet to withstand any future super storms. He said, “Places have to be prepared for the next natural disaster.”

The Habitat model is not a 100% hand out.  Homeowners pay the full cost of the house, and they must put in at least 100 hours of work.  However, in most cases, their mortgage is 0% interest.

And the organization requests their volunteers fundraise or pay to help, as well as, dedicate their woman and man hours.

Former First Lady Rossalyn Carter explained that education can be greatly effected when children do not have a home, and she referred to a family in Seattle, Washington, USA who were living in their automobile.  After they moved into their Habitat home, their son became top of his class just months after moving into their Habitat home.

The Former First Lady described another mother who previously cringed to answer her door to her substandard housing because it was often the police saying that her sons were in trouble. Her sons were never home. After Habitat arrived and built them a new house, her sons returned home with their friends because they were proud of where they lived and were staying out of trouble.

These are the types of examples that keep the Carters going and using their celebrity to further the cause for adequate housing. 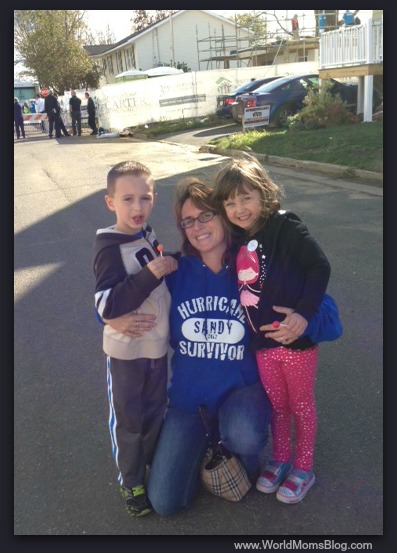 “Hurricane Sandy Survivor” — Kelly is a mom of twins whose home was flooded in Super Storm Sandy last year. Her family is still displaced and waiting for work on their home to be finished almost one year later (not a Habitat home). She came by with her kids to catch a glimpse of the Carters on Saturday.

“When we go to South Africa, South Korea, the Philippines, Europe, Hungary , and 3 times in Mexico, people are the same wherever we go.” — Former First Lady Rossalyn Carter

This is an original post to World Moms Blog by Founder, Jennifer Burden in NJ, USA. Jennifer is no stranger to Habitat for Humanity.  As a junior at Villanova University, she spent a week building an adobe-style house in New Mexico, USA for a low-income family through the organization. 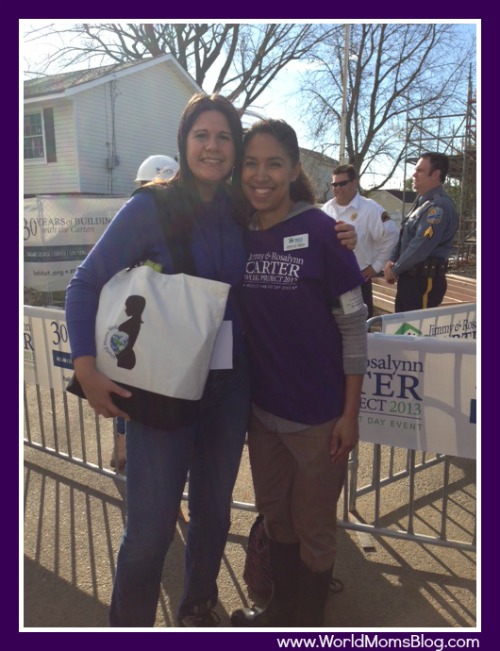 Jennifer Burden of World Moms Blog with Jennifer Sneed of Habitat for Humanity in Monmouth County, NJ at the Carter worksite in Union Beach, NJ on October 12, 2013.