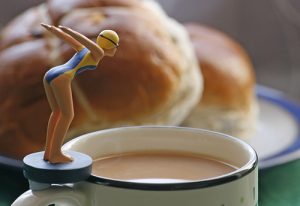 In a few short weeks she has overturned long-established ideas about age and ability and strength and given us all a reason to keep swimming.

Nyad, in case you’ve been looking the other way, is the 64-year-old woman who recently became the first person to swim the 110 miles from Cuba to the U.S. without a shark cage, taking almost 53 hours.

This would be a marathon effort at any time, but when you consider that it was her fifth attempt over some forty years; that she had to wear a mask to protect her from jellyfish stings; that she took in so much sea water it caused her to vomit constantly for almost all of that 53 hours; that she arrived finally with face and lips swollen from sun and sea water – well, then her achievement, and her insistence not to be deflected from her aim, would seem to reflect almost superhuman levels of endurance.

The word endurance does not typically bring to mind 64-year-old women. In our culture, it is often used to describe young men – runners, rowers and cyclists at the peak of their profession or pushy capitalists doing extreme sports to fill that adrenaline void when Wall Street is closed.

Google “Endurance” and up come pictures of young, lean, tanned male muscle in a celebration of machismo as traditional now as images of mustachioed weight-lifters once were in Victorian times.

Nonetheless, I think many women, hearing Nyad’s achievement, will have given a little nod, and maybe a small smile, of understanding. Many more will never hear of her, yet understand without discussion the will that kept Nyad going.

Though they may not be sports fanatics, or travelers with a yen for the toughest destinations, many women set their own personal standards of endurance in their day-to-day existences.

Their marathon may consist of walking for hours to find water and food in conditions of extreme poverty and hunger. Their endurance training may consist of watching their children die for the lack of a cheap vaccine. Their 53-hour record may be for the time worked within a dangerous and miserably uncomfortable factory, to earn a tiny amount with which a family can just about be supported.

For the luckier ones, endurance may just mean a bleak commute, juggling the needs of employers and families and ever-mounting bills. It may mean keeping smiling when a child is in pain, it may mean getting up for the fifth time in one night to attend to small, fevered offspring while knowing that big important morning meeting is looming. It may mean getting over the disappointment when that male colleague got that promotion. It may mean an ability to keep walking with head high when the cat calls keep coming.

Endurance can mean many things. Diana Nyad has reminded us that it is not an exclusively male domain. Already crowds of cynics are assembling to cast doubt on Nyad’s achievement, wondering how an old woman could have completed that swim in that time. Clearly her next endurance test lies just ahead.

But whatever the outcome, she has broadened the parameters of what the will to keep going looks like. And that is no small feat, either.

This is an original post to World Moms Blog from our writer in the UK and mother of four, Sophie.

The image used in this post is credited to Alan Cleaver. It holds a Flickr Creative Commons attribution license.

« #Moms4MDGs on MDG 2 With Save The Children
LAOS: Bringing Babies Home »