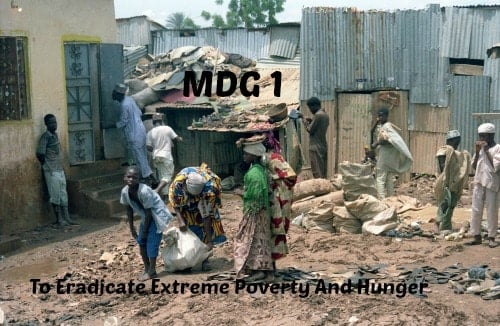 We’re at ONE.org Today for #Moms4MDGs! 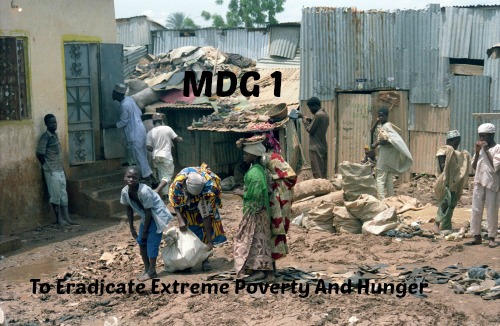 As you know we are a global group of mothers, and we care so much for the children of our world and their future. Our children will inherit what we leave behind, so after participating in the United Nations Momentum 1,000 event to mark 1,000 days until the Millennium Development Goal deadline, we decided that we did not want to stop there.

In 2000, 189 nations made a promise to free people from extreme poverty and multiple deprivations. This pledge turned into the eight Millennium Development Goals, and was written as the Millennium Goal Declaration .- United Nations Development Programme

World Moms Blog kicked off the campaign with a twitter party last month that had the voices of change agents chiming in from all over the globe.

Today we spotlight MDG 1 with World Mom Blog editor and contributor Nicole Melancon on ONE.org . You can then join us in the discussion on MDG 1 at our Twitter party tomorrow night at #Moms4MDGs.

MDG 1 is to “Eradicate Extreme Poverty and Hunger” which is why we so fittingly partnered to share this message with ONE.org, who invites us all to “Join The Fight Against Extreme Poverty”.

The good news about MDG 1 is that the goal has already been met by halving extreme poverty since 1990. The bad news is that according to the most recent MDG Progress report there are still over a billion people in the world living on less than 1.25 dollars a day.

According to the World Bank “The international line of $1.25 a day is the average of the national poverty lines in the poorest 10-20 countries.the average”. Which means there is still a great deal of work to be done.

The second component of MDG 1 is to eradicate Hunger; and according to that same United Nations report 1 in 8 children still go to bed hungry every night; and 1 in 4 of those children facing malnutrition will be stunted in their growth and potential. Our goal with this campaign is to continue to raise awareness and use our collective voices as the mothers of the world to inspire change. Join us at the twitter party tomorrow night, check out Nicole’s blog post today on ONE.org, and help us keep the momentum going to reach the goals. 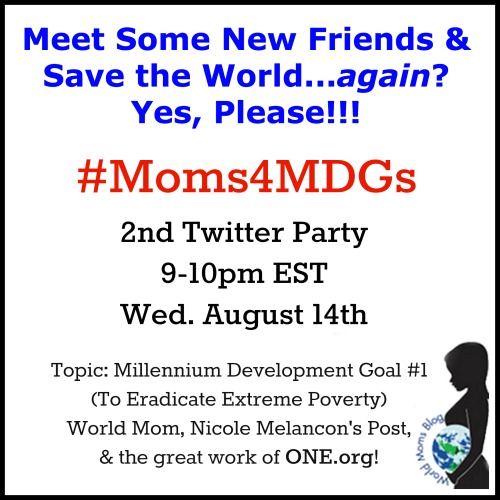 Join us on twitter tomorrow and head on over to read World Mom, Nicole Melancon’s, post at One.org! (The link to ONE is now live!)

This is an original post to World Moms Blog by World Voice Editor, Elizabeth Atalay of “Documama.”