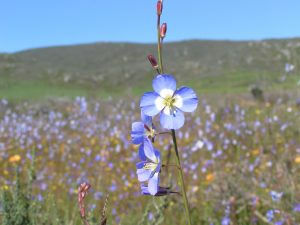 There are a lot of misconceptions about depression, mainly because people say things like “I’m so depressed” when, in fact, they’re simply sad. It’s like saying you have a migraine when, in fact, you have a headache. There’s a vast difference between the two…they’re not even remotely the same!

The worst misconception is the one which adds to the suffering of someone who is clinically depressed – the idea that they can “will themselves” out of it. That they must just “change their attitude and be more grateful for what they have”. That is like saying to a diabetic that (if they want it badly enough) they’ll be able to control their insulin levels without medication!

Another dreadful misconception is that antidepressant medicines are “happy pills”. That is simply not so. There are many reputable sites on the internet for those interested in learning more about the different types of antidepressant medication, here is just one quote from HealthyPlace.com:

“Most antidepressants are believed to work by slowing the removal of certain chemicals from the brain. These chemicals are called neurotransmitters (such as serotonin and norepinephrine). Neurotransmitters are needed for normal brain function and are involved in the control of mood and in other functions, such as eating, sleep, pain and thinking. Antidepressants work by making these natural chemicals more available to the brain.”

Please note that we’re talking about natural chemicals which the brain needs to control mood and other functions.

The third dreadful misconception is that you should be embarrassed by a diagnosis of “mental illness”. An illness is an illness, and you’re no more to blame for falling prey to a mental illness than you are to blame for catching the flu! It’s staggering to me how many people don’t get that!

I consider myself a Depression Survivor. I have had several bouts with the beast over the course of my life so far. The last one landed me in a Psychiatric Hospital for a month a few years ago. I’m no longer ashamed about the fact that I needed both medication and psychotherapy to learn how to live again.

Checking myself into that hospital was absolutely the very best thing I could have done for myself and my family. My husband and children got counselled too, and it helped them to understand that I wasn’t just “lazy” or disinterested in them. I was literally battling for my life!

People in general also don’t realise that untreated depression can lead to death! This is a serious illness which too many people suffer in silence, because they don’t want to be perceived as weak!

In case you’re wondering, I no longer require psychotherapy. I’m in a really good space in my life and have a wonderful relationship with my husband and children. I do still take a “maintenance dose” of antidepressant however, because I never want to go back to where I was!

My aim today is to encourage other mothers who are feeling overwhelmed to reach out to a medical professional. Trust me, being a martyr does no good to anyone! Apart from that, you’ll be amazed at how many brilliant people have been diagnosed with a mental illness. In fact some of my dearest friends, women whom I truly admire, have a history of mental illness of their own!

Have you or a loved one ever been diagnosed with a mental illness? How did you deal with it? What advice do you have for someone else who might be dealing with the same difficulties?

This is an original post for World Moms Blog by Mamma Simona from Cape Town. She shares her home with a husband, a 20 year old son, a 17 year old daughter, 2 dogs and 2 cats. You can find her blogging at www.blogbythephoenix.com.

Photo credit to Leon Hellburg.  This photo has a creative commons attribute license.