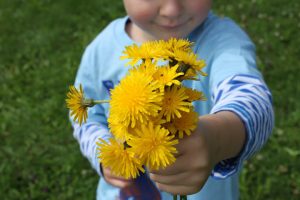 The past months since the Newtown tragedy have been filled with lots of life. Holiday celebrations, time with family, sickness. Life has gone on in so many ways. But there are the moments of glancing back as Jackson walks into the school after I drop him off and the times when my husband is downtown and I wonder what it would be like if there was another crisis and he is so far from home. If I allow it, the fear of the unknown (and sometimes the known) can overwhelm me. It’s tempting to want to hunker down and keep everyone in the nest. But what good are we when we aren’t available to others and when we aren’t present to learn from others?

The world is a wonderful place, but it is also a dark place. Not only are we people living in a broken world, we are moms of little precious people living in this world. The quote from Elizabeth Stone comes to mind,

“Making the decision to have a child is momentous. It is to decide forever to have your heart go walking around outside your body.”

And while the Type A, controlling part of me would love to think I can have a child and guard my heart, that just isn’t how motherhood works. School drop off can be a test of letting my heart go freely so that my boy can learn and grow!

The Newtown tragedy might not be one that shook your family this year. There might be another one closer to home.  No matter where you are on the globe you will be faced with fears, sometimes just fear of your own failures, sometimes fear of tangible dangers.  But rather than hunker down and stay in our nest we must do as the verse of this song suggests.

“Ring the bells that still can ring
Forget your perfect offering
There is a crack in everything
That’s how the light gets in.”

World Moms Blog is a unique community in which even though we come from all corners of the globe where our daily trials vary vastly, the cracks are there. There are many “me too’s” echoed on the posts of moms around the world.  We can relate to one another’s joys and triumphs. We need one another in order to carry on doing good and ringing the bells, so to speak. In the face of fear, or sadness, or grief, or simply the fear of failure we need one another to help pick up the bells and keep the song going.

Allow the light to get into the cracks of your life today! Don’t allow an imperfect offering to hold you back. And for goodness sakes, don’t try to hide the cracks. Step out and allow your weaknesses to be strengthened by the light of those around you.

This post is an original post written by Kristen Kolb for World Moms Blog. You can find Kristen blogging over at www.seasonsworthsavoring.com.