Saturday Sidebar: What is the age difference between siblings in your family? 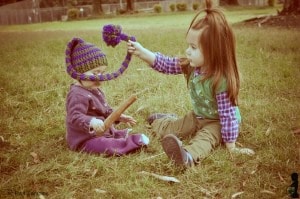 “What is your theory on spacing births within a family, and what age gaps did you end up with?” 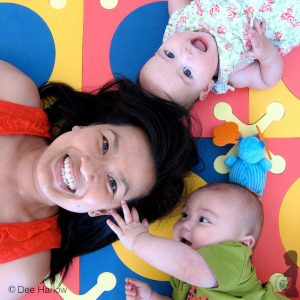 Dee Harlow of Laos writes:
“When parents of a single child see me with twins, they always ask what it’s like to have two? We always tell them to make sure that by the time the second child comes, the first one is old enough to pick the baby up. Believe me – you need the extra pair of hands and eyes.”

“When we weren’t trying, I got pregnant, and when we were trying to, I didn’t, yet we ended up with four kids spaced almost evenly 2 years apart! It looks like it was a plan, but we learnt pretty quickly that we only had so much control of how things worked out. I have to say the two year gap seems to work well, they are close enough to play together but when the baby is born the toddler was also young enough to forget quickly that they had just been usurped. A bit chaotic when you have a mess of babies on your hands, but I did feel like my 30s would be my child bearing decade, and then in my 40s I could get back to me a bit. Getting there!” 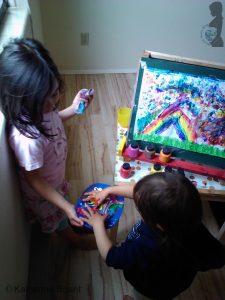 Eva Fannon of Washington State, USA writes:
“My girls are almost four years apart. We didn’t plan it, it just happened, but it’s worked out really great! By the time the youngest was born, the oldest was potty trained, sleeping through the night on her own, and was so proud to become a big sister and be a little helper. They get along well; the oldest is patient with her little sister and the youngest always wants to learn from her big sister. Hope they keep the close relationship they’ve developed as they grow older.”

“I prefer to have a bit of a gap between kids – at least 3-4 years. That way, the older one is in school and busy with his activities, while I can devote more time to the younger one.”JPrestholdt of Minnesota, USA writes: “We’ve got 2 1/2 years between our first and second and then just over 3 between our second and third. Three years was so much easier. Potty training was done, preschool adjusted to, can actually remember the baby being born, etc. #1 and #2 fight way more than #2 and #3, but that could be gender. (My brother and I are 5 years apart. Two singletons – parents’ dream!).” 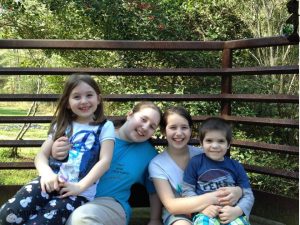 Frelle of North Carolina, USA writes:
“I have 2 years 11 months between first and second, AND the same between second and third. Then I have 2 years a 1 week between third and fourth. I prefer the 2 year spread, actually. Three was a rough age with my kids and having a newborn during age 3 with my older girls was really an ugly thing. Having a 2 year old and a newborn with my last two was actually much nicer”

Kyla P’an of Massachusetts, USA writes:
“Initially I thought 4 years would be right for me (not good with chaos) but our daughter’s strong personality caused us to rethink our strategy. Our kids are 3 years apart. I never could have managed an 18-24 month gap but now I envy my friends who did weather it because their kids are at similar developmental stages and are easily entertained by mutual activities instead of separate ones. My brother and I are also 3 years apart and though we weren’t close, I feel it was more the result of personality difference than age gap.” 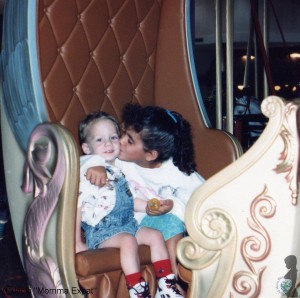 Momma_Expat and her 8 years junior brother

“Oddly enough, my husband and I are 8 years older than each of our respective siblings. We always said we’d space them closer together than 8 years if we had more children.”

Maggie Ellison of South Carolina, USA writes:
“I don’t really have a theory on spacing births within a family. My kids ended up being 2 1/2 years apart and I was happy with it. They are close to each other and I have had special time with both of them when they were little”

Mamma Simona of South Africa writes:
“Both my kids were “surprises” but I’m very happy with the roughly 3 years gap between them!”

Margie Bryant of Arkansas, USA writes:
“My sister and I are 7 years apart and that didn’t work so well as children. I like the idea of a 2 to 3 year gap. Mine are 6 years apart but had my second son lived, they would have been 18 months apart and then 4 years. My sister did really mean stuff to me as kids. And my oldest son has followed with my youngest son.” 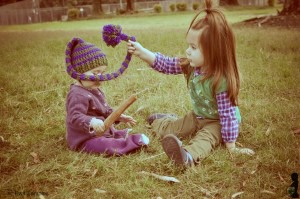 Polish Mom Photographer of California, USA writes:
“My siblings are 6 and 9 years older than me and as Margie said it didn’t work out well for us. Maybe it did for my parents who had free babysitters for me. I always wanted my kids to be 2 to 3 years apart. These days having done that (2 years apart) I feel like I should’ve waited a little longer with the second pregnancy.”

“My sister and I are 4.5 years apart, and we were always really close, I was like her second mother (I was practicing for the day I would really become a mother, I suppose). When my son was 2 he started asking for a younger sibling, and I wasn’t getting any younger, so we have it a go. They ended up 3.5 years apart, which works out well (although I would have been happy with a little bit less.”

” I think the two to three year age gap between children is good. We adopted my son and I thought he would probably be an only child and then I got pregnant with my daughter and they are 2 and a half years apart. They really are best friends:) It’s funny how I thought I could be in control of how and when I would have my children but I was not in my control at all :).”

Carol@If By Yes of Canada writes:

“Originally I wanted a wide space. I am an only child and have no idea how to manage close siblings. Handling two kids in diapers at once seems like insanity to me after my quiet upbringing. However, we qucikly began to realize that our little Owl is an extrovert who badly needs a playmate, so now we’re worried that the space will be too large – currently it will probably be three years at least.”

Carol has written more about it on her blog, If By Yes. Click the link here.

What about you…What is the age difference between siblings in your family?

This week’s Saturday Sidebar Question has been edited and compiled by World Mom, Purnima of India.