NORWAY: How do single mums do it? 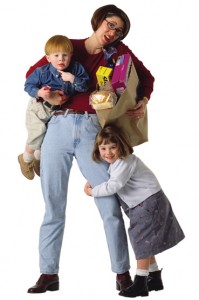 I will be the first to admit it – having children is a lot of work.  Nobody ever said it wasn’t, but before I had children myself I didn’t necessarily believe it. I couldn’t love my two children more, and after having a few problems along the way, I feel so lucky and blessed to have two children.

But again, it is a lot of work. It is a lot of work when there are two parents present, and now my husband has gone away for a two week training course, and my respect for single mums is growing by the minute!

If you have read any of my previous posts you will by now know that I worry quite a bit, and now that there are two children and only one grown up (I really don’t like using the term “grown up” about myself, but I guess I have to face the facts and realize that I am indeed a grown up… how scary is that!?), I find it difficult to give both children the attention I feel they both need. Luckily, the 3 month old has turned out to be a very patient little soul, and she is happy to lay on the baby gym or sit in the bouncy chair whilst her older brother gets more attention. END_OF_DOCUMENT_TOKEN_TO_BE_REPLACED