CANADA: We Need a Solution, Not a Band-Aid 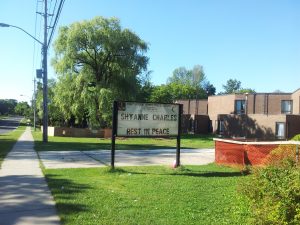 The distraught mother presses her hands onto her daughter’s blood-soaked chest, pumping in a desperate attempt to keep her alive. She begs the girl, just fourteen years old, to “keep awake”.

Not far away, some people try to get their critically injured friend into a car so they can take him to hospital. He collapses onto the sidewalk, his life blood spilling from him.

All around, people are scrambling in a panicked attempt to escape. A pregnant woman is hurt in the stampede.

23 people are injured by gunshots, one of them just 22 months old.

A policeman sadly shakes his head at the mother, who has just suffered an unbearable loss.

The young man’s now lifeless body is covered with a blanket.

And collectively, the community starts to weep.

How can it be possible to explain the senseless act of gun violence that shattered a Toronto community just blocks away from where I live? What do you say to the two sets of parents who lost their children? How do you console their friends? How do you reassure the youth in this neighbourhood that they are safe from the gangs who have instigated this tragedy?

How do we stop this from happening? END_OF_DOCUMENT_TOKEN_TO_BE_REPLACED