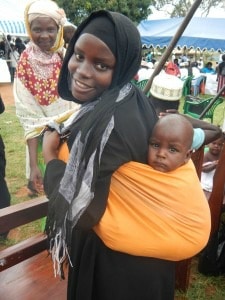 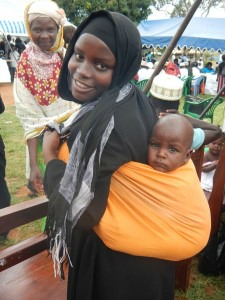 Yesterday, I found myself donning a hijab and touring the inside of a mosque in Mubende, Uganda. It was not my ordinary Friday afternoon as a stay-at-home mom in suburban New Jersey…

By invitation of the UN Foundation, I’m on an observatory trip to Uganda with the Shot@Life campaign delegation to take a first-hand look at UNICEF‘s programs in the country.

This past July UNICEF began bringing the medicine to the people, instead of trying to get the people to the medicine.  They’ve had great progress in partnering with religious organizations to make this happen because 90% of Ugandans attend a church or mosque every week according to UNICEF.

So, our first Family and Child Health Day stop was at Mubende Town Mosque on Day Two.