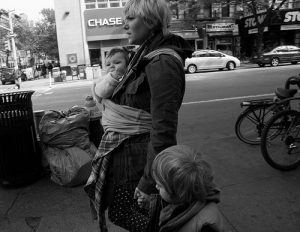 The month of May in Korea is “family month” and includes Children’s Day and Parents’ Day (as well as Teachers’ Day and Buddha’s birthday). It’s a celebratory time here, especially as it coincides with the mild temperatures and blossoms of spring. These last two years the month of May has also included a much quieter celebration – Single Mothers Day.

To be a single mother in Korea is no small thing. Women who find themselves pregnant out of wedlock are often pressured by their friends and family to have an abortion or to give up their child for adoption. 90% of children who are adopted from Korea are born to single mothers and, unlike in the West, the majority of unwed pregnant mothers in Korea are over the age of 25. The women who choose to keep their children and raise them as single parents are very few and the discrimination they face is astonishing to someone like me who is not from here.

The shame associated with unwed motherhood is not just the burden of the woman to bear. Her parents, her siblings, and her child are all subjected to it as well. It is often kept a secret for as long as possible since the repercussions of people knowing can be dire, including loss of job, home, and social status. Many of these women can no longer live with their families, as is the custom, the disgrace and shame is so great.

This is so interesting to me, coming from a country whose president was raised by a single mother. Single parenthood is by no means considered ideal in the West, but no person, politician or otherwise, would dream of speaking ill of mothers who are working hard to raise a family on their own without fear of immense (and well-deserved) backlash, the prevailing sentiment being: Don’t they have it hard enough?

I did not fully appreciate how difficult single motherhood was until I became a mother myself. My own mother was a single parent for a while during my childhood and I do remember her struggling, but, of course, the majority of her difficulties were lost on me. Now, I have nothing but amazement and unbridled admiration for the mamas and papas out there who raise a family without a partner. Parenting is hard work and most societies are set up in such a way to support an outdated notion of what makes a family: Working father, stay-at-home mother, 2.3 children, dog, etc. Those who can do it successfully within this framework are nothing short of super-human in my opinion.

One of the biggest fears of single mothers in Korea is how their child will be taunted, teased, and otherwise persecuted when it is discovered that their mother is unwed, not just by merciless schoolchildren but teachers and other parents as well. And this discrimination continues well into adulthood. This is assuming they even choose to raise their child themselves. Unfortunately, due to the current policies in place, it is literally against all odds that they can work to support themselves and their child successfully. Rather than do what they can to support single mothers, the government and other organizations put their money behind orphanages in what can only be described as a misguided belief that these children are better off being put up for adoption than being raised by their biological unwed mother.

South Korea is currently a place of many contradictions. It is at once incredibly modern and yet still joining the developed world. There are many parallels between the South Korea of today and the United States of 50 years ago. It really wasn’t that long ago that being an unwed mother in the States was also seen as shameful and something to be hidden, young girls often being sent off to convents and forced into giving their children up for adoption. Fortunately, things have changed, albeit slowly, and things are changing here as well.

The fact that Single Mothers Day exists at all is a huge testament to the dedicated work of various organizations operating here, who are working hard to not only bring light to the issue, but to advocate on behalf of the women and children who suffer as a result of these policies and attitudes. One such organization is TRACK (Truth and Reconciliation for the Adoption Community of Korea). TRACK strongly opposes foreign adoption of Korean children (a sentiment that is shared by many, if not most, Koreans) and wishes instead to lobby for policies that help and support, rather than shame and humiliate, single and unwed mothers.

TRACK and other organizations like it have a tough road ahead of them when it comes to changing ideas. Many of the same Koreans who oppose foreign adoption do not, in turn, support domestic adoption. They still see these children as less-than and therefore undesirable. Shame is a very powerful force, indeed. We tend to think of the children who end up being put up for adoption as having come from abject poverty, abusive circumstances, or born to women who are too young to give them the life they deserve. In South Korea, many of the children in orphanages are born to well-educated, mature women who, with the support of their families and society, could very easily nurture and raise their children. It is shame, not choice or circumstance, which often leads them to the incredibly painful decision to give up their children.

Leonshishman photographed the image used in this post. It holds a Flckr Creative Commons attribution license.