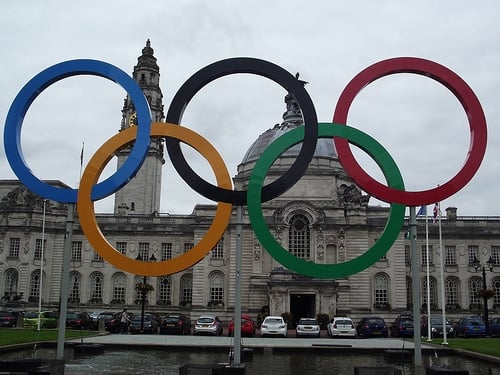 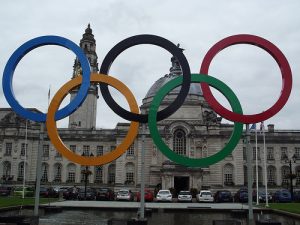 As I sit here watching the U.S. Olympic team trials, I am thinking about all the work these hopefuls have put into getting to this amazing place. They are all so young; the gymnasts are 16…mere children! Two of the swimmers competing for the “women’s” 50-free are 14 and 15. Michael Phelps is considered mature – he’s 27!

I smile as a swimmer jumps out of the pool and runs over to hug her mother as she makes the U.S. team. I choke up as the camera pans to a very proud mom who watches her daughter do an amazing floor routine, which seals her fate as a competitor to represent the U.S. in London. As the commercial says, none of them could have gotten to this place without their mothers. It was probably their mom who ran them to the early morning and after school practices, who hugged them when they didn’t win and encouraged them to just do their best. It was their mom who celebrated their victories (I’m sure there were many) as they progressed to get to this amazing point in their career.

I sit here wondering if I would be able to do that for my children. How do you even start your child on the road to be an Olympic hopeful? In New York City, there are so many sports available to children starting at such a young age. My son, who is 5, has already tried  soccer, gymnastics, t-ball, and swimming. He has taken guitar and language lessons, art and music. When he starts Kindergarden in September, he will add martial arts to the list. I keep asking him if he wants to keep doing a certain sport, or try a new one, and inevitably his answer (for the most part) is to try a new one.

They showed some videos of the gymnasts doing routines as 5- and 6-year-olds, which means at my son’s age they were already on the road to the Olympics. I’m not capable of being a mom that “pushes” her children, but how else could they become the best in the world?

Don’t get me wrong. I would be that mom who takes her children to all of the practices, early morning and in the evenings. I would be the one who would console a loss and praise a win, who would mend an injury and be the biggest cheerleader on the sidelines. I just don’t know if I would be able to identify that my child was so gifted in a specific sport that they should seriously compete.

When my son was 3, we joked that he would be the next Michael Phelps. He loved his swim classes, and had a long and lean body. But being in New York, with cold winters, we did not continue his lessons once it got cold out. One thing led to another, and we haven’t really started them up again. I now ask myself, did we miss his chance to realize his full potential?

Now, I’m not expecting my children to make it to the Olympics. What I am asking, is what if there is a sport or activity (dance, a musical instrument, chess club, etc) that they are naturally gifted at, and, as a mother I don’t come across it? How do we, as parents, nurture our children to their full potential if we don’t figure it out?

I know enough to realize that I don’t have the answer.  I want to be able to help my children find their natural abilities; I want them to try everything until they find something that they really love.  And then I hope that I will be able to keep sending them to lessons/practice/rehearsals.  I hope that I can help them be the best that they can be, and help them reach for the stars…if that’s what they want to do.

Have you noticed a natural ability/talent in your child?  How have you nourished and supported them?