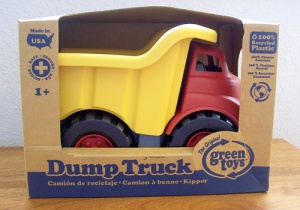 I recently read an article in the NY Times that mentioned one of the most common causes for environmentalist guilt is using disposable diapers on their children (see here for commentary on the environmental impacts of diapering).

That got me thinking about my own practical inconsistencies as an environmentalist, and as a mother. After all, motherhood is one of those situations when you often end up doing a bunch of stuff you swore you never would (i.e. before you actually had kids!).

In Brazil when someone else comments negatively on another’s child raising practices, someone else will often advise: “Be careful not to pay for your tongue when you have your own kids!”

I realized that being an environmentalist and a mom gives me twice as many chances at not practicing what I preach! So, I have been thinking to myself, what is my greatest “green mommy guilt”? END_OF_DOCUMENT_TOKEN_TO_BE_REPLACED