Since we are headed on a blogcation, we thought we would leave you, our readers, with some links to some of our favorite posts to catch up on some reading while we’re away.

Tara B. of Washington State, USA writes:
“Karyn’s March 2011 post titled “Sometimes, I Hide in My Pantry”  is one of my favorite posts.  In this post, Karyn is funny, relatable and informative (defining “domestic blindness”).  As a mother of two growing boys myself, this post stuck in my mind and made me feel better about my own home’s contained chaos.”

Ana Gaby Turner of Indonesia writes:
“I really liked A Lady In France’s “We do What We Can“.  This was one of the first posts I read on WMB and I could relate so much to it that it got me thinking I’m not the only crazy one trying to acclimatize to a new culture while keeping my own.” END_OF_DOCUMENT_TOKEN_TO_BE_REPLACED

MINNESOTA, USA: My dreams for My Children 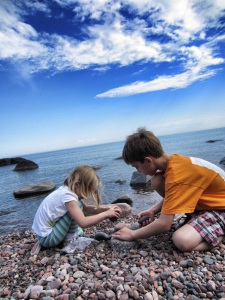 Photo of the author’s children
Photo by: Thirdeyemom.

My son’s first grade report card came in the mail today. I eagerly opened it with anxious anticipation. When I read the report, my heart swelled with pride. Max had done exceptionally well his first year of school and has improved in every single subject. What I liked best of all was that he received advanced marks in “effort and participation”. Clearly he was going to go a long way in life.

As a mother of two all too quickly growing children, sometimes I take a break from my day-to-day worries and obligations to reflect. It doesn’t happen often enough, believe me. But occasionally I have some time like now to sit back and think. To think about the future I want for my children and the dreams I have for them as a parent.

You see, I take parenthood seriously. Perhaps sometimes a little too seriously.  I believe as parents we have the toughest job we’ll ever love.  Our duty as a parent is not only to provide the basic care, love and affection for our children but also to prepare our children to enter the world. In my opinion, that is the toughest, most challenging aspect of parenthood possible. END_OF_DOCUMENT_TOKEN_TO_BE_REPLACED 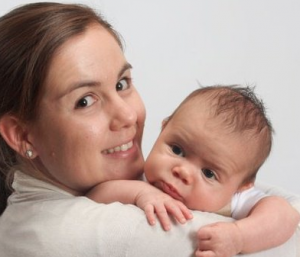 Right now I live in Port Washington, New York but the clock is ticking.  Starting in August, I will be living in (and blogging from) Tunis, the capital of Tunisia.

Where I am from is a more complicated question.  I am a cultural mutt (Father Irish, Mother Peruvian) and global nomad, having been raised in the UK, Spain and Ireland and having accompanied my hubby to Japan.  But my longest stint anywhere has been Long Island, New York (where I suffered through to high school).  I think that’s enough to claim a place as home right? 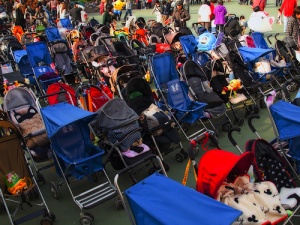 There’s a coffee shop next to my workplace. A mom group  meets up there, and when they are in session, I have to navigate an obstacle course of strollers.

Strollers, strollers, everywhere, and if you look closely you might spot the ten pound baby nestled at the heart of each.

Before I had a baby, I always wondered why women need something the size of a shopping cart to transport a bundle the size of a loaf of bread.

Even more baffling to me were the women who choose to lug their babies around by a car seat handle. When I was in grade eleven, I was given an eight pound “baby think-it-over”, which required tending through day and night. The baby (who I dubbed Jan Sebastian and grew deeply attached to, to the dismay of my Family Studies instructor) also came with a plastic car seat.

Tucked in my arms, Jan Sebastian didn’t weigh much and was easy enough to transport. But when I tried to carry him in that plastic seat, my shoulder started to ache.

It made me wonder what I was missing – why do so many women subject themselves to this? END_OF_DOCUMENT_TOKEN_TO_BE_REPLACED 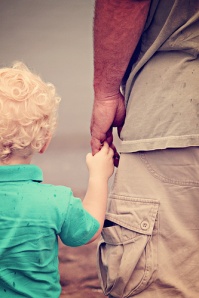 I know that the common saying is “Mommy’s boy and Daddy’s girl” … but in my home it’s the other way around … even though all 4 of us are “tight”!

From the moment he was born, my son and my husband immediately “clicked”.  It was my husband who was able to calm him down when he had colic, and it was my husband who tamed the “terrible twos”.  As he grew older, it was my husband who not only understood, but shared, his fascination with (and enjoyment of) computers and video games. Now my son is 19 years old and he works with his dad as a Website Developer. Me … I’m barely able to work the TV remote control! END_OF_DOCUMENT_TOKEN_TO_BE_REPLACED