When I think of my country, India, I am reminded of a small snippet from the collection of poems” Geetanjali” by the world-famous Nobel laureate, Rabindranath Tagore.

Where the mind is without fear and the head is held high
Where knowledge is free;
Where the world has not been broken up
into fragments by narrow domestic walls;
Where words come out from the depth of truth;
Where tireless striving stretches its arms towards perfection;
Where the clear stream of reason
has not lost its way into the dreary desert sand of dead habit;
Where the mind is led forward by thee into ever-widening thought and action—
Into that heaven of freedom, my Father, let my country awake.

And, on August 15th, 1947 India awoke into that freedom. It was born as a nation, perhaps, for the first time. I say, “first time” here because before British colonization, India was a collection of small kingdoms ruled by individual kings, chieftains and tribes. It was never a single large entity as in a country before this time. Then, after the British left, all of India formed into a single whole country, and I am proud to say we still are.

I say proud because if you look at the northern most state, Kashmir, and the southern most state, Tamil Nadu, there are many great differences in the food, language, culture, music, dance, dress, traditions, and even in the  festivals and celebrations.

Perhaps, Independence Day is the only time Indians all gather and celebrate together. There are 28 states, and let me tell you, there is not a single state which speaks one common language. There are at least 22 official languages and 100 odd languages spoken across the country!

There are 8 different dance forms which are official and numerous (more than 50) others which are equally beautiful and expressive. 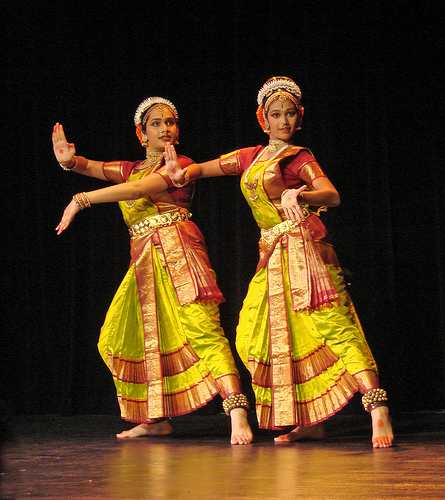 India, they say, gave the idea of the sum of zero (0) in mathematics to the world. Along with many other cultures, India also taught spirituality to the world through Paul Brunton and other famous Indian spiritualists.

I understand that each one of us, here, at World Moms Blog would have so much to gush about each of our countries. I am sure each nation is so unique, so beloved and so beautiful in each one’s eyes.

Today, I wish all Indians all over the globe a Happy Indian Independence Day.

As a child, Independence Day, was all about hoisting the tricolor flag in our schools and then in community hall. Chocolates and sweets were distributed. Vande Mataram (the national song of India) and Jana Gana Mana (the national anthem) were sung by everyone.

On this day, the Prime Minister generally gives a speech. I guess this year the highlights could be on whistle blowers of corruption like Anna Hazare, a wonderful gesture against corruption from an octogenarian Indian following Gandhian principles. And, also on the topic of the much awaited Cricket World Cup victory after a long wait of 17 years.

There is an Independence Day parade in the capital, Delhi, which is a beautiful event to watch. I can remember watching the live telecast on Doordarshan (national TV channel) with soft drinks and hot pakoras  year after year. Most often in the evening, a patriotic movie would be telecast. I can recite all the dialogues of the movie, Roja (propogates patriotis), in this regard, and I can never get tired watching it.

Today, as mothers, we paint our children’s faces with the tricolor flag, teach them to sing the national anthem, and dress them up in tricolored clothes, or white, and generally have fun celebrating the hoisting of the flag. I have attached a few pictures of the Independence Day celebrations in my son’s play school 3 years ago. They didn’t know what was happening, only that it was fun, happiness and joy. Perhaps, all celebrations and festivals are just that. A day and opportunity to spread the joy and love?

Sometimes, I feel, the reason does not matter, just the feeling does. The love and joy which is the most important thing needs to be felt. For mainstream India today, this is just a day to relax, enjoy and get together with friends and relatives.

As I finish editing this, I can hear firecrackers going off in my neighborhood. Oh, and, I am off to go watch them with my son. Haven’t we read about firecrackers in other countries’ Independence Days on World Moms Blog? Is it all the same? And, a bit different too?

As I conclude, I am amazed how this one day binds all Indians who have so much diversities and variations among them.

India is not one culture. It is as many countries as the number of states, languages, religions, communities and even cuisines that you can find thriving here. Yet, we are all one, and we all know deep down that we will be so, amidst all these variations.

Is one post sufficient to reveal the enigma called India? No! And, is one post enough to explain why this Independence Day is special to all of us in India? I don’t think so. But, I hope my post gives you an initial look into how our holiday is celebrated.

As Indians, we all feel thankful for being bound to each other on this day and ever to our wonderful nation of India. Let this love and unity spread to all humanity alike.

Is there something special culturally that you wish to share about your nation? Also, if you’re visiting our site from India, please tell us how you celebrate, too!

This is an original post to World Moms Blog by The Alchemist, our Indian mother writing from Chennai, India. Her contributions to the World Moms Blog can be found here. She also rambles at The Alchemist’s Blog and dishes out Indian culinary expertise at AwesomeCuisine.

Photo credit of the Indian dancers to dalbera and of the children to the author.

« Travel Itinerary for the Week of August 15th!
NORWAY: Does Anyone Have the Original Soundtrack to Noah’s Ark? »