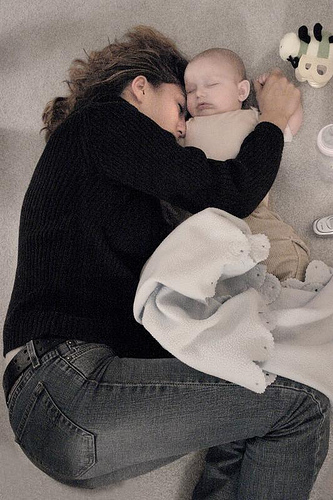 I dropped my baby.

I had her in my left arm with her head over my shoulder, and we were making our way to the kitchen.  While in my older daughter’s room, I reached up with my right hand to pull the cord to turn off the ceiling fan…and then…blast!…she took off like a runner from a runner’s post.

She kicked me away and then backdived to my left all in one swoop. The perfect escape.  The moment seemed to last an eternity.

I caught her with my left hand. Relief.  But no. All 4 and 1/2 months and 16 lbs of gravity dropped on my arm like a medicine ball onto a sheet of “the other leading brand” of plastic wrap, falling closer, closer to the carpeted ground. END_OF_DOCUMENT_TOKEN_TO_BE_REPLACED