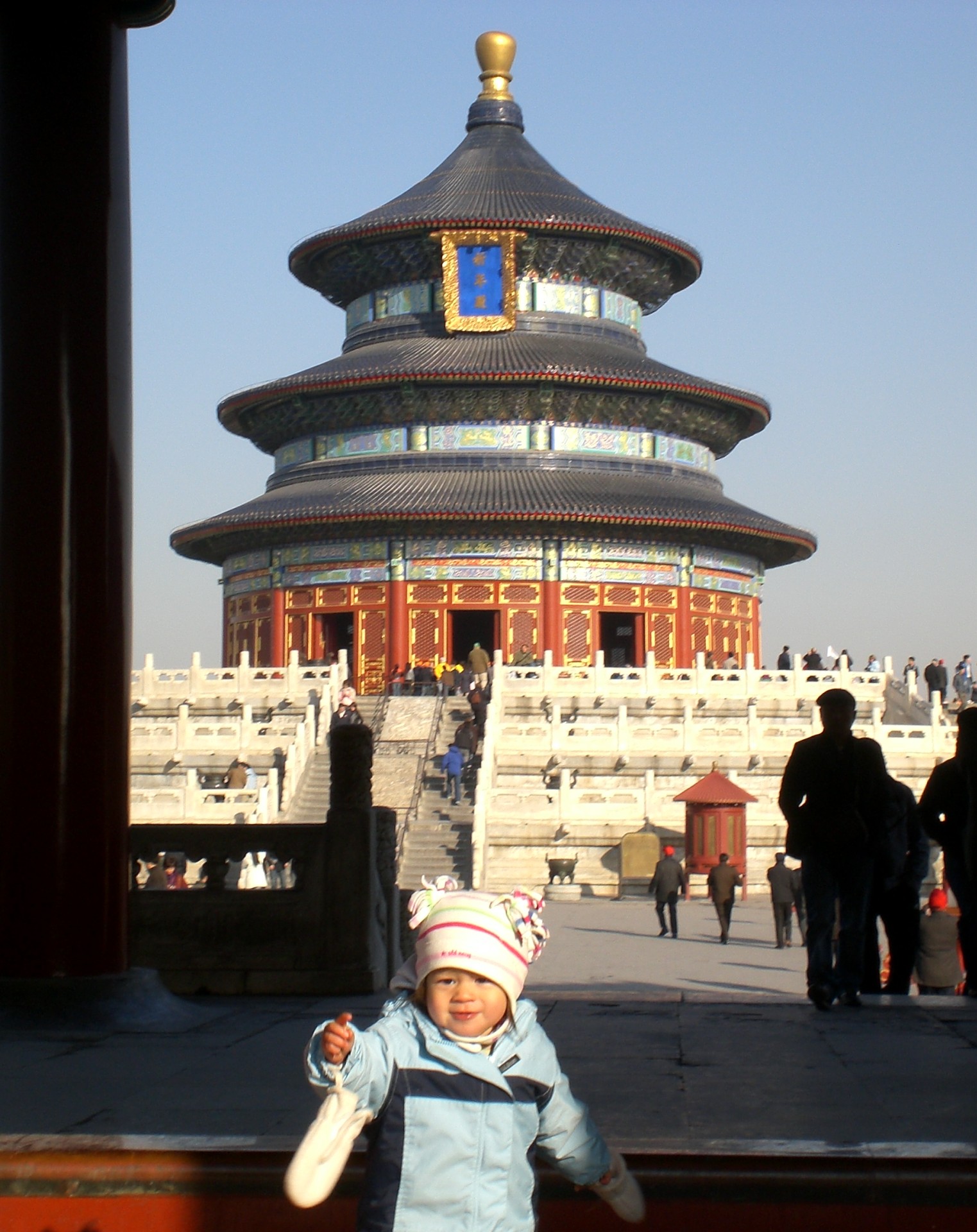 In the fall of 2007, when our daughter was just 16 months old, my husband studied the fall semester of his two-year Masters of Business Administration program abroad in Beijing, China. He left in September, so he could settle in and get the majority of his fall semester completed.  Then in November, my daughter and I planned to join him for the last two months.

As most mother’s know, traveling with kids can test your moral fiber.

So, imagine the daunting prospect of a solo, 14-hour, transpacific flight with a “lap infant” (meaning, in order to fly our daughter over for free, I had to risk traveling with her on my lap if the flight was full). My biggest tests were: my lap infant was actually an active and inquisitive toddler and the flight was full.