Our Journey Through Motherhood 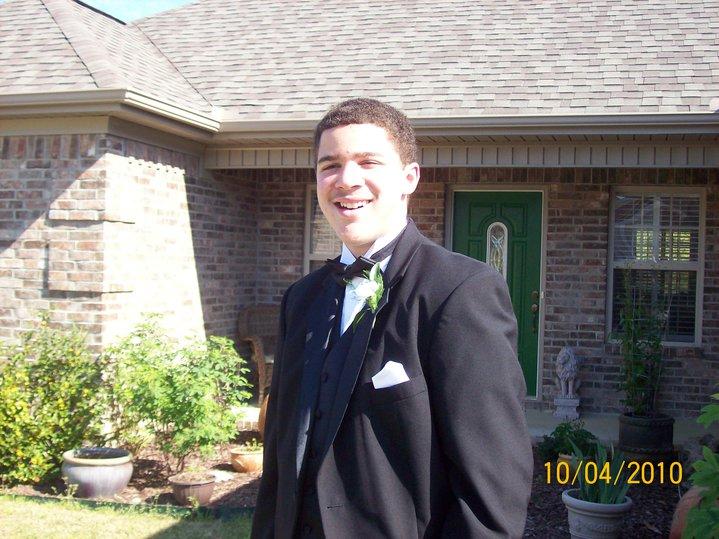 Recently, our community held their annual Christmas Parade, and for the first time, my oldest son participated as a member of the ROTC. As with every other activity that either of my children have been involved with, I knew I would tear up once I saw Isaiah marching with his squad. Sure enough, once the parade turned the corner to where we stood and the Color Guard came our way, I was overcome with emotion.

There was my soon-to-be-15 year old, handsome with his tan skin and hazel eyes in his camouflage uniform, carrying the Arkansas state flag and looking a bit too much like he belongs in the Army. It shocked me to realize how much he and I have both changed dramatically in our fifteen years together.

He is taller than me, his feet are double the size of mine and his voice mimics that of a grown man. He is witty and funny, smart and athletic, compassionate and hard-working. He can perfectly arch his eyebrow just like his Mama and Nanny (there was a time when he pushed it up with his finger to imitate us). He leaves me breathless at his overnight growth. When did this happen? A moment ago, he was a 6 pound 5 ounce baby who slept in a wicker basket next to my water-bed (just the mention of a water-bed should tell you how old I am now).

His first outfit was a green, footed sleeper with a dinosaur on the chest that kept him warm on his first outing from the hospital to the house. He wasn’t even in his car seat correctly, we had bundled him in too many blankets! My nurse kindly corrected the situation. She had to know this young, first time mother was clueless.

Every mother has memories like mine: first Halloween costume (another green dinosaur), first Christmas (a teddy bear that was bigger than his ten-day old self), first time the dogs wanted to eat him (poor Pooh, my mom’s beloved black Chow, thought he was a chew toy, but then became his most fierce guard dog. When he would cry, Pooh would run to find Nanny so she could make it better), first step (he was so bowlegged we just knew he would never walk straight!), first boo boo (going headfirst in the walker over the back patio — another hint of my age because who uses walkers anymore?!), first…… well, just first everything.

However, there is one first that sticks in my heart and is a constant reminder of how far our relationship has traveled. It was the first time he cried because of me; the first time I saw how much he loved me. It sounds odd to say that, but our relationship has been anything but ordinary. However, the day that I watched the tears trail down his cheeks because of my terrible choices was the moment that I realized how much more he deserved from me.

Many people say that my having gone to federal prison for seven and a half months was what turned my life around. Yes, that played a huge part, but watching Isaiah cry as I drove away to begin my sentence, well, that was the event that I can reflect on and know I was changed. My redemption belongs to him.

There is not a doubt in my mind that I am not the mother now that I was when he was born. It’s possible that every woman enters motherhood on shaky grounds, despite their best efforts to tell the world otherwise. Our society places a premium on perfection where mothers are concerned and admitting fault is never an easy thing.

There’s no need to point out my imperfections as a young single mother, but trust me, that list is long. In retrospect, I understand now that having children later in life can sometimes be a smarter choice. It took many years to get to this mature, healthy place in my life and in a sense, I feel as if Isaiah and I have grown up right alongside each other.

Every year, I write a birthday letter for Elijah, my son who passed away, to keep his memory alive. Yet, I should have been writing yearly letters for all three of my boys because as the years pass, the images in my mind lose their vibrancy. There will come a time when the costumes, the various uniforms, the parades and the tuxedos will be difficult for me to recall.

However, the terrible day when I had to leave him will perpetually serve as a reminder of the importance of my role as his mother.  My life continues to grow just as Isaiah’s does; our journey will always be intertwined. In my eldest, I see my past, his present and our future; it is all bittersweet.

Margie writes, “I feel as if Isaiah and I have grown up right alongside each other.”  As a mother, can you think of an experience when your child and you have grown and learned together?

This is an original post to World Moms Blog by Margie Bryant or Arkansas, USA.  She can be found on Twitter @TheHunnyB.