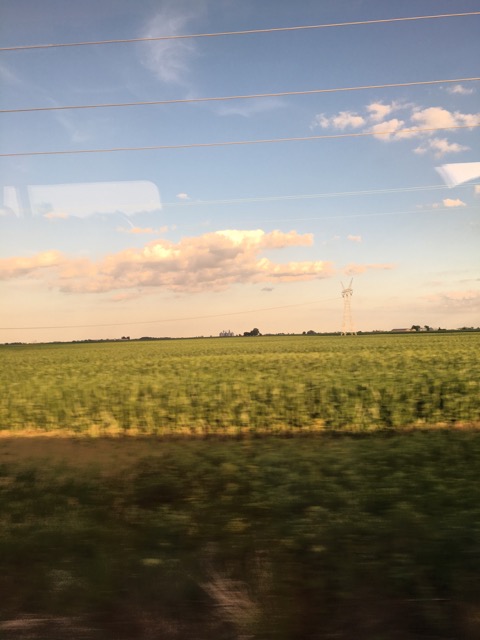 Rushing past rural cornfields in Missouri by train

I spent a quiet Fourth of July watching the heartland of America roll by my train window on a journey from Chicago to St. Louis. Playing in my headphones was the soundtrack of an old educational cartoon called “Schoolhouse Rocks!” In honor of my country’s Independence Day, I was listening to musical explanations of the American Constitution, the concept of “manifest destiny” (the 19th-century idea that expansion of the U.S. from the Atlantic Ocean to the Pacific was justified and inevitable), and the American Revolution. The simplistic way the songs presented information to me as a child in the 1970’s led me to believe that everything my government did was right and good. I completely trusted American authority despite glaring evidence that manifest destiny didn’t work well at all for the Native Americans who already lived in the center of the continent.

Now, in my 40’s, I know better. I see that the America that I live in, is not a nationally shared experience. For instance, the little rural towns I saw from the train are not my day-to-day reality although almost 1/5 of all U.S. residents live in communities like them. Here’s another difference: twenty-three million Americans live in food deserts – urban and rural – with little to no access to fresh fruits and vegetables while others are surrounded by high end grocery stores. Other differences are not bound by location. From sea to shining sea, challenging voices ring out to proclaim “Black Lives Matter” to help everyone understand that shootings of citizens by police officers is a reality for people of some skin tones and not for others. Each person lives a different truth depending on one’s geography, race, income, and a host of other factors. Clearly, for all its wealth and power, the United States is letting many of our people down. 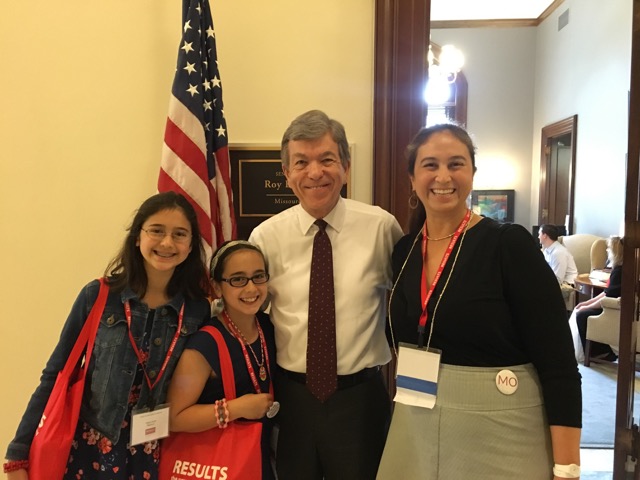 #WorldMom Cindy and her daughters with U.S. Senator Roy Blunt in Washington D.C.

Such everyday injustices are what led me to Washington D.C the week before Independence Day to join hundred of anti-poverty advocates at the RESULTS International Conference and Lobby Day with my daughters. We  visited the offices of our elected officials and urged them to change systems that keep so many people in poverty across the U.S. and around the world.

Every year we go, we wade into a hostile partisan landscape. We have to move past the open negativity our leaders show on T.V. in order to connect with the individual humans they are and paint a picture of what life is like for Americans they might never meet. If left to their own devices, party extremists drift further apart. Like a mother bringing arguing siblings back together, it’s our responsibility as citizens to reach out and remind them how they are connected to all of us. In this way, we guide our country toward fairer tax policies, better nutrition, and improved maternal/child health…all with a goal of providing each person with opportunity to reach their full potential in life.

Back on the train, hearing the words of our constitution sung in folk-style harmonies reminded me how every person in our political extremes truly believes she or he is honoring the American founding fathers’ vision. No matter how far apart we are on policy ideas, every one of us wants our country to thrive. We want to be treated with respect and raise our children in safe communities with good schools. We truly have more shared values than we often think we do. 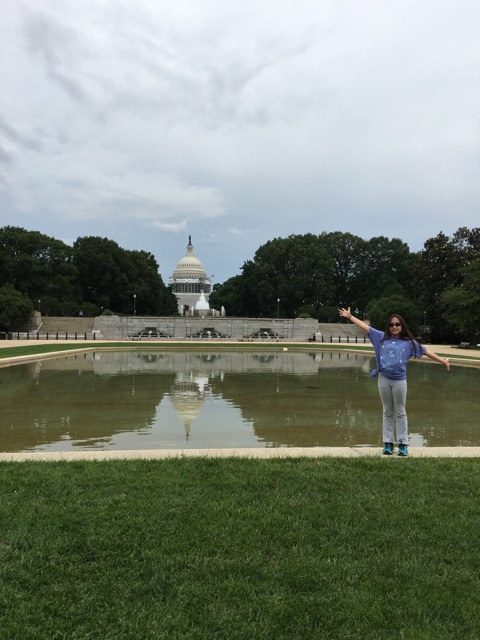 Cindy’s daughter in front of the United States Capitol building

Here is my vision of my country and for my country:

How would you finish the phrase “My country is…” for the place you currently call home? What parts of your answer are different for your fellow citizens? How can you be engaged in helping your country be the best it can be for all people?

« FRANCE: You want to criticize my parenting? So what!
INDIA: Nishkaam Karma and Baggage free Parenting »