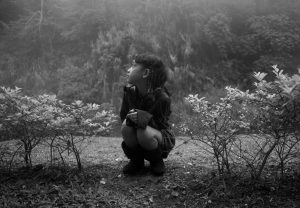 It’s one of those things I never saw coming before I was a mother: The value of adults behaving badly around my children.

In fairness, most of the adults my boys get to interact with are fine people, who behave with maturity, have decent principles and who take responsibility for their actions. And I’m not talking about those who swear, or drink alcohol or smoke, or who have different beliefs or ways of raising their own children. Accepting that others are different in many ways is something the boys are well on the way to understanding, and these things are superficial when all said and done.

I’m talking about: the value of experiencing adults letting them down; the importance of hearing adults blame others for their own inaction or mistakes; the usefulness of having an adult’s words and actions not line up with one another; and the great learning involved when they are around adults who are manipulative, bratty, unreasonable, show blatant racism or sexism, or who are down right mean and nasty.

With these, the boys all go through the stages of mourning. Sometimes the mourning process is longer than others, depending on the closeness of the relationship they have with the adult in question. When it’s a distant relationship, it might be a casual comment or discussion in passing – the emotional impact is minor and the processing, swift. With a closer relationship, they are usually are angry or sad enough to tell me what has happened, although I have also occasionally had to remind them not to simply tell me what they think I want to hear. There seems little value in processing half-truths, and there is no value at all in having me take on a rescuer role merely because that’s what they imagine I want to happen.

There is immeasurable value, however, in discussing unhealthy drama triangles where those roles of rescuer, victim and persecutor play out, in order for the boys to recognise them and avoid them, or at least extricate themselves from in the early stages. It is useful to recognise narcissistic tendencies, adult bullies, and the difference between genuine remorse and manipulation. It is good for them to know that there is a big difference between passive-aggressively saying yes, while meaning, no, and politely but honestly declining. (That doesn’t work for me, is often enough.) They have learned who can be relied upon to keep their word or who is worthy of respect. It is to those adults whom they turn for protection and advice. Equally, they are learning which people are not principled or who consistently cannot be relied upon.

As a solo Mum, I often have times when others are caring for my children. It seems vital that they know which adults are safe and which are unsafe, not just physically but emotionally, too.

Sadly, the have had experiences where they needed to know those differences. I don’t belabour the points, but we have been through it all more than once. The 14 and 11 year-olds get the full works, the six year-old gets a very watered down version. We always discuss any positive aspects they think the person has and we then go on to list the many adults they know who don’t behave in these ways. The experience always comes before the lesson.

I finish these discussions by pointing out they can choose the behaviours they wish to embrace and those they wish to reject.

I’m all for a magical early childhood where all adults are heroes and heroines and imaginary beings are real things, but from around the age of nine this magic seems to naturally begin to subside. Rudolf Steiner called this the Nine Year Change and I have found that to be a useful label. From around then, my older boys have come out of their dream-world and into a world that is quite scary and overwhelming at times; a world in which they realise I cannot always protect them; a world in which they realise they must learn to look out for themselves. Like other life skills, I am a firm believer in helping them to recognise healthy and unhealthy people of all sizes and those adults behaving badly are a wonderful learning tool. A tool I never expected, but one I value all the same.

Have you had to help your children reach an understanding around an adult’s bad behaviour?

This is an original post to World Moms Blog by Karyn Wills of New Zealand. Photo courtesy of idreamlikecrazy / Flickr.