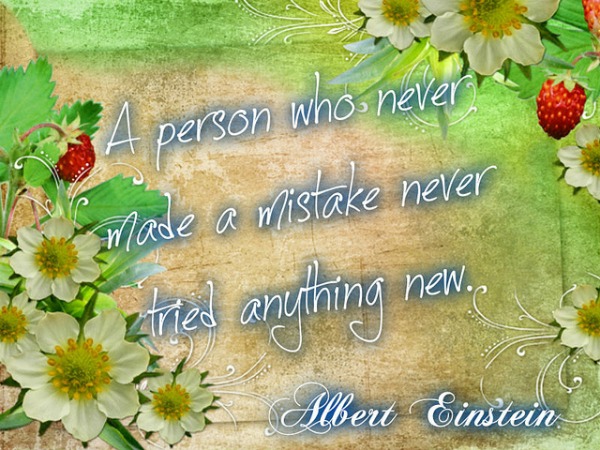 When we bring our babies home with us, it is our instinct to protect them and make sure they do not go without anything they need. Their cries hurt our hearts to hear them in distress. It is hard to believe that something so small can be so demanding. Their demands are simple: eat, sleep, diaper changing , repeat. As they grow, their needs are still there but in their own world discovery, the idea of what they need and what they want starts to blur. As parents, we want what we think is best for our children. We try to shelter them from hurt and failure. And, whether we admit it or not, we somehow project our own feelings of hurt, success,and failure on them in some ways.

When I was young, my mother didn’t help me with homework. My brothers and I played outside ALOT. I did not have a lot of help practicing the piano for my weekly lessons. My mother did not write notes to my teacher if I told her someone was mean to me at school. But somehow, in some way, I became the type of parent my own mother was not…

Last month, a friend of mine asked me if I would attend a parenting class called “Love and Logic”. It is a program which has been around for awhile. It was developed by Jim Fay, Foster W. Cline, M.D. and Charles Fay, Ph.D. I had never heard of it before, but just the name intrigued me. If I could somehow morph the words love and logic into my parenting, I would feel a whole to better. I told my friend I would go with her because I had been feeling a little lacking in my own parenting lately. it seemed that I was getting upset with my children more, and I thought this class may have some tips for me.

I have to say that this class was eye opening in such a very simple way. Many of the ideas are told through stories and anecdotes. There are many different factors which you can take away from the modules of the class. However, the most important idea I took away from this class was the value of making mistakes when the children are young. It is a much more affordable price to pay when they are young than when they are older. Wow!!!! That was eye opening for me. I had never thought about it in that way.

I had become the mother who hovered over homework and made sure it was turned in. I would send an email to the teacher if someone was mean to my children at school. I “helped” my daughter with her piano for her weekly lessons which usually turned into a yelling match between the two of us.

I started thinking, “What would happen if I just stopped doing those things?”

It made me nervous to think about it. My son would probably not try as hard on his homework. I would not be sure if he would turn it in if I didn’t check his binder. My daughter would probably not have her songs done correctly for her piano lessons, and her teacher would have her continue on them for another week. If I didn’t email the teacher about a random comment a student made to my children, would that be so bad? ( I am not talking about chronic bullying, just occasional school disagreements. If there is truly bullying going on, it needs to be addressed with the school.) The thought of me thinking of them working a disagreement out themselves almost made my stomach turn…

I realized I had been projecting my own thoughts of failure on to my children. I was looking at failure as a bad thing, when in fact, it is probably the most valuable teaching tool.

I was robbing them of this learning experience several times every single day. My own mother had not helped me very much with my piano, and do you know what? I learned that I probably did not have what it took to be a concert pianist. I did not want to put the effort into playing which was required….and that is something I learned all on my own. When I had disagreements with my friends at school, I had to try to figure those things out myself. It was very rare if my parents were involved in disagreements between myself and my friends. My mother never made sure my homework was turned in, but I would definitely get a bad grade if it wasn’t. It took a few years for the correlation between me not doing my homework and bad grades to set in, but it all worked out by the time I was in middle school and realized if I wanted to get good grades, I was going to have to work at it. My childhood dream of becoming a nurse was crushed in high school when I realized that I really was not good at chemistry. But, I found my passion for teaching when I volunteered for an after school program.

My own children are in fourth and second grade now. The mistakes they make at this time will most likely have a very affordable price tag. To my knowledge, no college is going to be looking at my son’s fourth grade transcripts to make a determination if he can get into college. So, if he flops on a test or homework now…the consequences will not be as high as if he would fail a final exam his junior year of high school.

We have talked with our children and will continue to talk to them about the importance of good grades and going to a good college and getting a good job. But, the main factor in that equation is their want to achieve it and also knowing our expectations for them. And, most of the time for many people, the desire to achieve something comes out of failure. I realized that by me constantly helping my daughter with her piano and getting in arguments over it, I was robbing her of a valuable learning opportunity. She needed to go to her lessons playing as much as she could on her own, and go from there. Maybe she will learn to spend more time on her piano if she wants to be really good or maybe she will realize that she really does not want to spend the time it takes to become a great piano player. But, the decision will be hers…not mine.

In my quest to be a “good mother”, I have realized that I have taken away many valuable learning experiences for my children. The real world is full of opportunities for failure, and I do not want the first time they experience failure to be when they leave my house to go to college. I have realized that my job is to get them ready for the “real world” every day they are with me before they actually leave to go out on their own. I need to give them as many opportunities to fail (and succeed) as possible so that the real world looks familiar to them when they enter it alone.

Somehow along my own journey of parenting, I had become a helicopter parent without realizing it. I was projecting my own feelings of failure on them. I was looking at failure as a bad thing. I do realize it now, and I have to admit I am a bit nervous to “let go” of many things I would like to manage for them. I realize now that by me trying to make things right for them all the time, the message I am sending to them is that they can’t handle things and need me to help them all the time.

I know they are capable human beings, and I need to let them sort things out for themselves as long as they are not in danger. I think watching your own child fail at anything whether it be big or small is heartbreaking. But, I have to remember to tell myself that it is good for them to learn while they still have a safe place to come back to. I want them to know that my husband and I are always here if they need us to help, but I will step back from “the doing” all the time. (Please know that I am in no way saying not to intervene if your child is in a situation which he/she will get hurt or hurt another person.) There is something to be said to experience daily failures as well as successes in a young life. The value of a mistake is priceless.

Have you found yourself trying to shield your own children from everyday mistakes and failures? How have you dealt with it?

This is an original post to World Mom’s Blog by Meredith. You can check out her adventures living as an expat in Nigeria and her transition back to living in the U.S. on her blog www.wefoundhappiness.blogspot.com.

This photo has a creative commons attribute license.