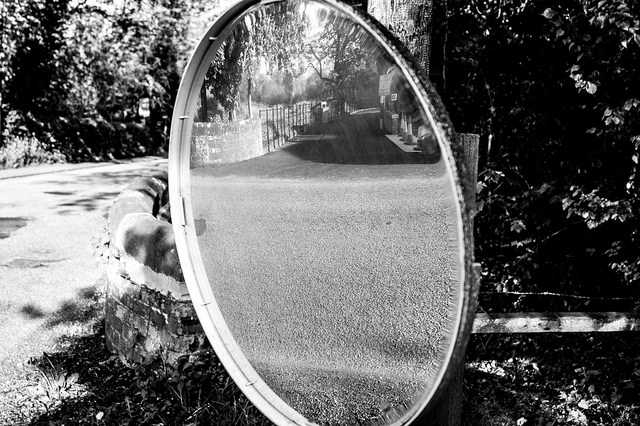 I don’t ever remember not feeling this way. I just know from an early age that I felt things a little deeper than my other friends or family. My feelings could be hurt so easily, and when I was little, I remember crying for days after my Grandma would leave from a visit because I missed her so much.

As I got older and went into high school, I still felt things very deeply, but didn’t want others to know if something bothered me. I would cover it up in front of others and cry when I would get home. Which sounds like most teen age girls, I know. But, this was a little different. I would try to cover up my feelings of inadequacy and then my feelings turned to anxiety over whether other people would know how sensitive I really was.

Something would happen during the day and it would stay with me for days afterward. I would think about it over and over and then the anxiety led to feelings of such sadness and it seemed like a pit I could never get out of. My parents noticed that I was sad a lot, and they did talk to me. I know they cared, but it was like nothing could take away the anxiety and sadness. They thought I was just a teenage girl with overactive hormones.

In college, I studied hard and tried to be the “good girl”. I knew I wasn’t perfect, and I tried so hard to cover up my imperfections. By this point, I was really good at covering up my true feelings of how I felt inside. I worried obsessively about almost everything and doubted myself in the process. I could go for days without eating because my stomach was in knots. Exam time was the worst. I would go over and over in my head what I put for answers. I couldn’t stop thinking about it, and that obsessive worrying led to such sadness that it was hard to even get out of bed some days.

I remember my first job out of college and coming home so exhausted that it was all I could do to wash my face and roll into bed at night.

I remember looking in the mirror and wondering what people would think of me if they saw me just like I was…red eyes, bags underneath them, my complexion broken out…would people really want to see the real me…or the “me” I show to them everyday.

I worried so much about everything being perfect in my classroom that some evenings, I would have to force myself to go home because I probably could have stayed all night to make everything just right. Right about that time, a new song came out on the radio by P!ink called “Don’t Let me Get Me”. I remember some of the lyrics to that song, “Don’t let me get me…I’m my own worst enemy.” I had never heard a song describe so perfectly how I had always been feeling inside.

Why was I so critical of myself? Why could I never cut myself a break?

At about the same time, I remember talking with my mother on the phone and pouring my heart out to her. She suggested that I should go and talk to someone and maybe I would feel better about things.

I did go ahead and talk with someone and discovered that I did suffer and probably had been suffering from anxiety and depression for most of my life. I remember feeling so ashamed of hearing her tell me that. Wasn’t that a sign of weakness if I couldn’t just will myself to be happy?

To make a VERY long story a bit shorter, I fought the idea that I had anything wrong with me for a few years until one day when my husband came home from work, I just cried in his arms for almost an hour and I could see in his eyes he didn’t know what to do. I knew it was time for me to really try to take control of this thing that seemed to be taking control of me. After coming to that point, I decided that it was time to face what I had been running away from for so long. With some help, I learned how I could manage my anxiety better which also helped with my depression.

When I stayed home with my children and stopped teaching, I poured my all into being a mother. I was and still am so very happy that I was able to become a mother to two amazing human beings. But, it is still a struggle with myself each and everyday to keep my nagging anxious thoughts at bay and not let them overwhelm my mind. Now that I know what it is, it is so much easier to face it.

Then, a few weeks ago, my seven year old daughter came home from school and we were talking about her day and she told me that she thought she hadn’t done well on a test at school. I asked her why and then she started to cry and told me it was because she wasn’t as smart as the other children in her class. I told her that of course she was just as smart or smarter than those other students and that she should know that.

OUCH!!!! That struck a chord with me. How had this happened? I was supposed to be the “good” mom. I had never once told my daughter that she wasn’t good enough. In fact, we had done just the opposite. My husband and I have actually always been both her and my son’s personal cheerleaders. Where did this come from? I gave her a big hug and told her not to worry about her test and that it would all be fine. She had her snack and went to change her clothes. As she walked away, I got tears in my eyes. I know part of growing up is having feelings of not being good enough, but I also know how it feels to carry that feeling with you your whole life. That was not what I wanted for my daughter.

That night after the kids went to bed, I told my husband what she had said and other things I had noticed that made me worry that she was feeling low about herself. He said, “Have you looked in the mirror? She is a little you.” My husband has always been my cheerleader, and can always see the good in me even if I don’t see it. And, I know he always tells me the truth even when I may not be ready to hear it.

Over the next few days, I thought about what he had said and how I had felt growing up. I was determined that I would do everything in my power to help my daughter to not feel that way. When I was young, no one really ever talked about feelings of depression or anxiety. It was just attributed to people being too soft or high spirited.

Today, even though it isn’t always openly talked about, we can now talk about anxiety and depression without as much stigma being attached to it. My hope is that my daughter and my son do not have to struggle for years because people are too embarrassed to talk about it. I hope that my children do not have to go through what I went through.

I know this post may be a little too personal for some, but I am hoping that we, as mothers, take notice of our children if we think they are exhibiting signs of increased anxiety or depression. It can start young or later on and maybe not all for some. But, if your child had a heart condition or broke a limb, you would do whatever you could to help your child. Talking about depression or any other mental illness needs to be the same thing.

My hope is that by writing about this, it will help keep the dialogue going that seems to be starting to rumble in recent years about mental health. People who are suffering from mental illness are truly suffering inside and they need to know that is okay to reach out to someone without feeling embarrassed or scared.

These days, I have a new favorite song by Mary Lambert entitled “Secrets”. It is such a liberating song (but don’t listen to it around your kids…it does have a little bad language). It didn’t happen overnight, but slowly, I have become a friend to myself. I am seeing that it is okay to be kind and give myself a break. I am consciously choosing to be positive to myself and in the process, I am finding out I am really not so bad.

My hope is that my own positive outlook and self talk will emanate to my daughter. When she looks in her own mirror, I want her to see someone who is strong, beautiful and good. And, if we need to get a little extra help along the way, then so be it. Life is a journey and we are all a work in progress.

Have you or your children struggled with anxiety or depression? How have you handled it?

This is an original post to world Moms Blog by Meredith. you can check out her adventures as living as an expat in Nigeria and her transition back on her blog at www.wefoundhappiness.blogspot.com.

The photo in this post has a creative commons attribute license.

« TANZANIA: Eat Pray Love
UK: The Online World Is Scary But I Won’t Let It Stop Me »