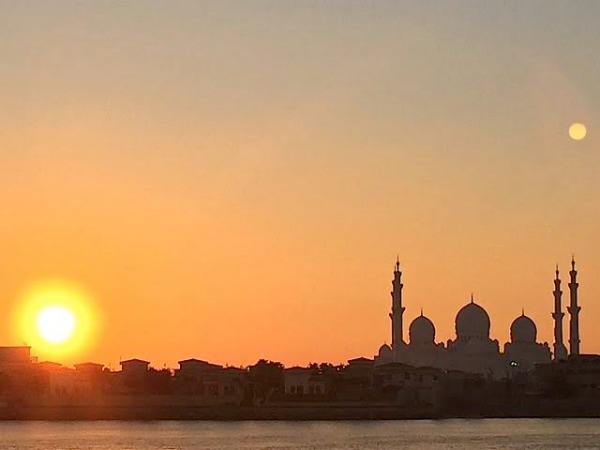 “Will we be safe there?” My 11 year old son asked me that question as we were discussing our winter holiday travel plans, and I suppose, given that we live in the UAE, his question might make sense. In the last few years, we’ve traveled to Jordan, India, Kenya – all places that have been in the news lately as sites of violence.

Where are we going for the winter holidays, you might wonder, that would elicit such a question?

I’ll let you think about that for a minute.

Okay, true, his question was a bit of a joke – the question of travel safety has become a running gag in our household, in part because that question is always the first thing my mother (in Illinois) always asks us.

But this time, when he asked the question, none of us laughed. He’d asked us just after the last mass shooting, the one in San Bernandino. And think about that for a minute: I have to specify for you which shooting I’m talking about. Was it the one in Colorado Springs outside Planned Parenthood, or the one in Oregon, or the one…

In other countries, when you say “mass shooting,” there simply aren’t that many to choose from because in the aftermath of the tragedy, governments have changed the laws to make such events less possible. But not in the good ol’ US of A.

When I tell people in the States where I live, there are two questions I am always asked: do I have to “cover” and “do I feel safe?” The answers are “no,” and “yes.” People who didn’t worry about me strolling home after midnight in New York’s East Village in the late 1980s now seem dreadfully concerned about my safety here, in this part of the world, as I drive off to the mall.

Part of why we chose to live abroad with our children had to do with wanting to give them a cosmopolitan perspective on the world: we wanted them to experience other cultures and learn to be open to, rather than threatened by, difference. I know that in the US it is possible to live in cosmopolitan cities—we used to live in Manhattan, where children from many nations crowded into my kids’ classrooms—but it is a different experience to live in a place where “your” culture is not the dominant.

A little while back, for instance, my older son had some friends over so that we could all go to a water park in the afternoon. When I told them it was time to get ready to go, my son said “well, we have to wait a little bit because T. is in the other room doing his prayers.” T. comes from a devout Muslim family and his mother would have been pleased to know that T. didn’t miss a prayer time just because the water park called. And for my son and his other friends, T. doing his prayers was as matter-of-fact as if he’d been changing into his swimsuit, or drinking a glass of water. Ordinary.

Like many of us, at home and abroad, I wrestle with how to explain to my children why the United States can’t simply change its gun laws and why so many people in the country seem afraid of anyone who worships at a mosque rather than a church or a temple. The explanation in both instances seems to boil down to fear: fear of change, fear of difference, fear of that-which-is-not-me.

It’s not much of an explanation, but it’s the only framework I have to explain why Donald Trump, for instance, can still be considered a candidate for the Presidency.

I know that the demagogues like Trump do not speak for all the people in the United States, and that many, many people are outraged by gun violence, but alas, the picture of the country that travels outward to the rest of the world is one of violent, gun-toting Islamophobia – and it’s scary. For me the fear rests not in the thought that Trump will ever be President because I refuse to believe that his bilious self is actually electable. I hang on to that fact as ardently as I once hung on to my belief in Santa Claus. No, my fear rests in the fact that, according to a recent poll, Trump leads the group of Republican Party presidential hopefuls, with 35.8% of the vote.

How do you explain what’s happening in the United States to your children?

This is an original post by World Mom, Deborah Quinn in the United Arab Emirates.