With no definitive family religion, it’s been one of my conscious parenting decisions to create and maintain family rituals on which my kids can hang their memories.

One that began five years ago, when my youngest was just over a year old, was sleeping in the lounge (family room) for a night. It’s one of those times the kids love, and I enjoy because they get so much pleasure from it. It’s a little event, in the picture of raising them, but it’s become really important for our sense of togetherness.

Last night, we had our first sleep in the lounge in our new home. To tell the truth, I’d been avoiding it. I’ve been working three part-time jobs for the past few months and our clocks have just changed to Daylight Savings Time, here, in New Zealand. Being a solo parent has been fine, but it requires a lot of concentration, no zoning-out hoping that someone else will share the load: there is no-one else around.

I was exhausted and in need of the best night’s sleep I could get. But it’s also school holidays and if it hadn’t happened now, it was unlikely we’d have it before Christmas. 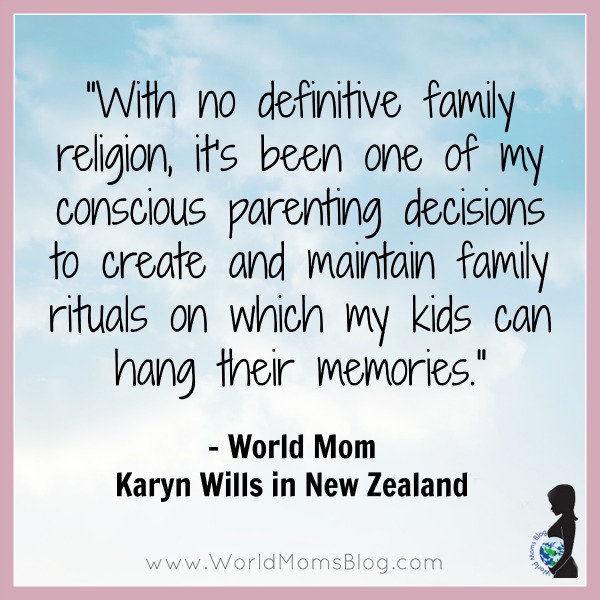 The boys were great, they organised a queen sized mattress for the youngest and I, and pulled out piles of duvets and pillows. The excitement level was high, and there were no complaints about wifi turning off and devices going away. The fun began with pillow fights and giggles, wrestling, cold feet being placed on the warm backs and stomachs of others and, eventually, somehow, naked boys and intense belly-laughs.

It was fun. Great fun. And I could feel the sense of comradeship increase over that half hour or so. Then I turned out the lights and called a halt to the shenanigans.

We began to chat in the dark. I told them anything said would be held in confidence and was not to leave the room. I asked the first question: “What scares you and what excites you?” My eldest followed up with, “What’s a thorn from this week and a rose from this week?” These were great starters, all three responded openly and age-appropriately. As did I. Then the magic happened.

I asked my boys if there was anything I needed to know.

Their responses to that were phenomenal: open, vulnerable, honest and real. Their authenticity blew me away and long after they were all sleeping, I lay awake considering what they had shared. It truly was one of those big moments in life.

And when three alarms went off at 6.30am I found I had slept the best I had all week. Go figure.

Do you have family rituals? Have you had small events that have turned out to be big moments in your parenting?

This is an original post to World Moms Blog by Karyn Wills of Napier, New Zealand.