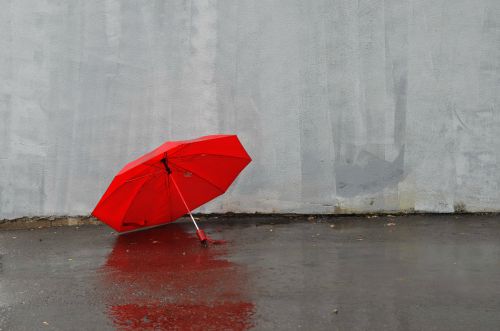 It happened very slowly. It started when my children were small and needed so much attention. They consumed most of my day and by the end of those early days, I was completely spent. I could barely hold my eyes open to read a book before bed let alone hold a conversation with another adult.

Then he started traveling for business and would be gone for two or three weeks at a time. It was scary being alone with my two small children, but it also helped me learn that I could do many things on my own. I learned how to manage the house, fix things and take care of my children while my husband was away.

As the kids grew from babies to toddlers and then started elementary school, I volunteered to help with many of their activities: Scouts, church class, school plays, charity events. My days are consumed with getting my kids ready for school, fulfilling my volunteer obligations, helping with and checking homework, running the kids to their different after school activities, cooking dinner and getting them to bed at a decent time. At the end of the day, I still feel completely spent. That is how my life has gone on for the last few years. I thought I was doing a great job with everything…

Then, one day, I read a blog post that said one of the most powerful questions you can ask your spouse is how you can do better. I remember thinking I am doing a great job…the laundry is always done, meals are cooked, kids are taken care of, house is relatively clean…how could I do any better than that? But, something nagged at me from the back of my brain…that little voice inside of me kept telling me over and over to ask my husband how I could do better. Then, I started to get a little nervous because if I wasn’t doing a good job, would I be able to accept that? How could I do better when I already felt like I was giving each day everything I had?

I think about a week passed by before I finally asked my husband. I couldn’t even ask him in person because I was too afraid I wouldn’t like the answer. I was surprised how quickly he responded and his answer had nothing to do with any of the things which I thought were important.

He simply said I could be a better wife to him if I could spend more time with just him.

My heart fell a bit…. I really had no idea he felt like this. I thought we had settled into a pattern of getting the kids to bed at night and maybe watching a bit of TV with him and then falling asleep. I thought that was okay. But, once I opened up the dialogue, he told me that he felt like I had forgotten I had a husband. That stung…I really felt terrible thinking that he had been feeling like that for a while. I am supposed to be in this with him and building him up. As I took stock of all that I was doing during the day, I realized that I never even had just him as a priority on my list. He would send me sweet texts during the day and I would read them and then sometimes forget to respond because I was busy doing something for the kids or volunteering for this or that. I had actually been taking him for granted.

I also have to admit that after the initial shock of what he was feeling wore off, I also felt defensive. I started feeling like I was giving everything I had to give each day and that wasn’t even good enough.

My husband is a good man who thinks things through all the way before he talks. I, on the other hand, like to take flying belly flops (notice I didn’t say leaps) off the diving board without thinking. He just looked me in the eyes and said that he wanted to have some time just once a month for us to go out on a date. That was it! That was all he wanted. That is what would make him happy.

I started to go through the 16 years we have been married in my head and I realized that none of what our life together would have ever been without him in it. Our children, our memories, everything we have shared together would not even be possible if he weren’t here. As I thought about that, I realized that gift is something which needs to be nurtured and I had put it on the back burner for too long. I guess I always thought that he would always be there whether I did or said anything. And, he probably would be, but he may not be as happy as he could be. I knew I would have to really take stock of my volunteering commitments, and we both agreed on one date night a month so we can just talk to each other without the kids interrupting. We could be away from computers and phone calls (unless it was the babysitter calling!)

I realized that what I forgot was that having a happy and engaged marriage in turn makes my children happy. Through our interaction together, they learn about love and respect. I want them to remember me caring for their dad as well as for them. I want them to see my husband and I happy together; not a mother too distracted and tired to even notice her husband was around. Don’t get me wrong, we will always have our ups and downs, but I would like to think we have more ups. One day, I hope my own children will find someone who makes them happy, and they will carry over what they have learned into their own lives.

If you are married or in a relationship, have you gone through something similar? What did you do to remedy the problem of your forgotten partner?

This is an original post for World Mom’s Blog by Meredith. You can check out her life as an expat in Nigeria and her transition back to the U.S. on her blog www.wefoundhappiness.blogspot.com/

Photo credit to Mary Crandall.  This photo has a creative commons attribute license.

« INDIA: Interview with Piya Mukherjee of #WorldMoms
USA: The Mother on a Refugee Boat »