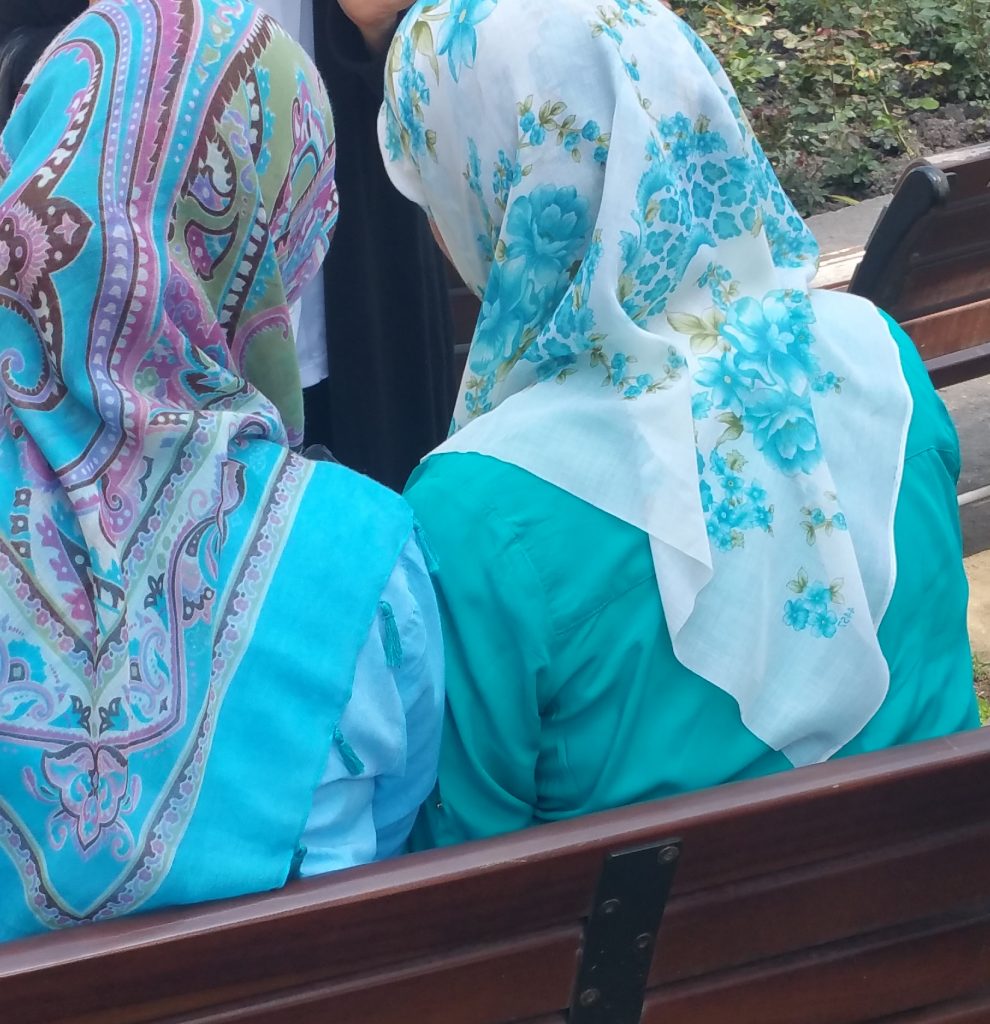 I had the privilege of visiting Turkey recently and found myself marveling at the women. As a predominantly Muslim country, I assumed women wore head scarves, burkas or tesettür (a headscarf and light cover-all topcoat) even in warm climates. However, I was surprised to see women and girls dressed in mostly European styles while shopping, or enjoying an evening out with family and friends. 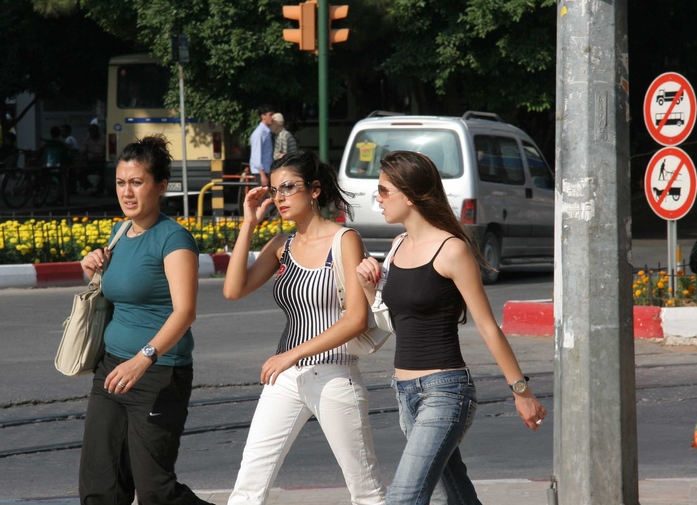 Until late 2013 the head scarf had been outlawed in Turkey in public buildings and universities. More recently the law has been relaxed, and a small percentage of women still wear them. Turkey is considered to be a more western leaninig, secular country. Therefore, in many areas European style prevails over traditional Muslim attire. It was easy to find women dressed in jeans and casual wear as well as skirts and dresses.

The point of departure for me came when entering a mosque for worship or observation. In this case, all women and girls were required to enter with a head scarf. Some mosques had scarves available and required women to use them if they do not bring their own. A fellow travel friend of mine liked her scarf so much that she donated money to the mosque to keep her scarf. If skirts were above the knee, an additional wrap was provided to cover them, creating a longer length. 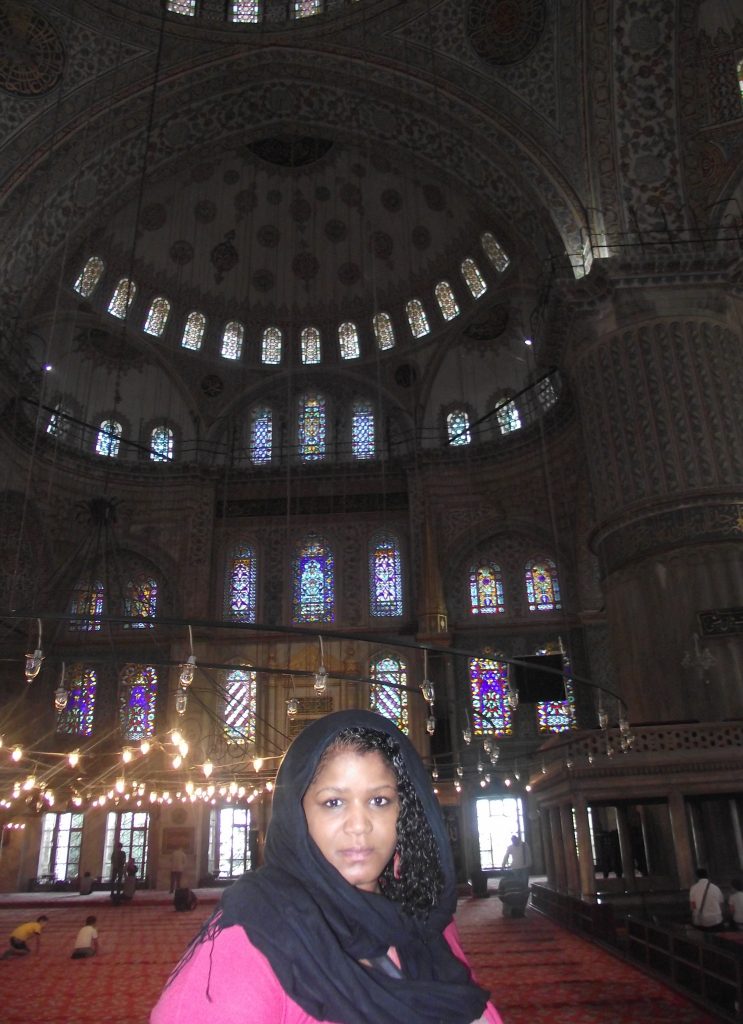 The author at the Blue Mosque in Istanbul, Turkey

In my experience I found that the Turkish people are quite accepting of most styles of dress, no matter your country of origin or cultural background. However, it is customary in the less urban areas for women to be dressed more modestly with sleeved tops, slacks or knee-length dresses or skirts.

What does your attire say about you?

This is an original post written for World Moms Blog by La Shaun Martin of shootiegirl.

LaShaun Martin is National Director of Social Media and Community Service for Mocha Moms, Inc. a national 501(c)(3) support group for stay-at-home mothers of color. LaShaun currently works to manage and promote community service programs for the organization to include teen mentoring, Boys Booked on Barbershops literacy program, America’s Promise, MomsRising, Moms Clean Air Force, U.S. Environmental Protection Agency, and U.S. Department of Education. She is a frequent guest of the White House for events focused on women and girls including tea with First Lady Michelle Obama. LaShaun holds a Bachelor of Science degree in Business Administration. LaShaun spent 20 years with the State of California, the State of Maryland Department of Corrections managing public education, research, FBI programs and later Hewlett Packard. LaShaun now serves as CEO and Designer of her own company, Shootie Girl™ Custom Rhinestone Apparel and Shootie Girl™ Blog – Positive Messages for Women and Girls. Shootie Girl™ designs have been featured with CNN’s Soledad O’Brien, Sherri Shepherd of The View, Carol’s Daughter, Clinique Cosmetics, Jack and Jill of America, Inc., Still Standing Movie, Dr. Sherry Blake of Essence Magazine and Aja Dantzler of R&B singing couple Kindred and the Family Soul and Blogalicious. LaShaun is passionate about giving back and ensures her company reflects a heart for service by donating many “t-shirts for a cause” to Heart of Haiti, the women of Zimbabwe and The United Nations Foundation Shot@Life Campaign. She also serves on the Advisory Board of MOMentumNation and the Epilepsy Foundation. LaShaun’s greatest passions are her husband, two lovely daughters and music. Blog: http://www.shootiegirl.net Custom Rhinestone Apparel: http://www.shootiegirl.com

« UK: Helping Our Children Engage With The Fight For A Fairer World
JORDAN: My Mum is All About Peace »