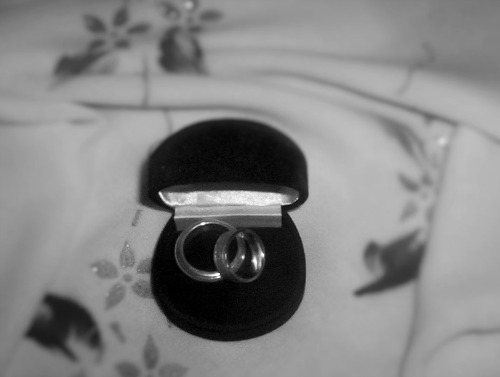 My husband’s affair began after he received some really bad news from his Doctor. These things happen. I had the proof! Crumpled receipts from fancy restaurants and out of the way cafes; unanswered calls; and worst of all, excessive gym workouts after a long day at work.

At first I was angry, and I wanted to confront him, but I thought it might be better to see how far he would go. It was easy, and I can’t think of how long I played his game. I do know that it took every fiber of my being to not lash out and demand the truth. Instead, I forced something – I don’t know what it was –  back inside of me…smoothed it out and kept on going.

I’d been picking my brain trying to remember if there were any fore-telling signs. Of course there were! You see my husband loves adventure, and he gets bored easily; a recipe for disaster. “It’s never too late to change things”, my sister told me on the phone as I lamented about our issues. I felt reassured, until he’d come home acting like a man of twenty, without a care in the world.

The first week after I found out, I was terrified. I felt as if I had literally been stepped on. How a family man who had so much invested in life can be so selfish and callous, I wondered.

Then I was angry…hurt even. I was angry at him for being “himself” – indulgent and weak, for never saying a word, for throwing away everything without a thought. I was weary of his culture and the ideas that he carried with him. I told myself that indulgence and weakness go hand in hand – we never really had a chance.

Then the questioning and doubt period started to sink in. I wondered if we never had a house full of children running here and there, would he have confided his fears…his desires? Was I always putting him last? Was I accessible or just there, existing in my role as overwhelmed wife and mother?

Thinking about a life without my partner, the father of my children, and my best friend felt worse than the worst of everything that I had ever imagined. It was the strangest feeling I ever felt. I felt desperate, but didn’t know where to begin or even who to ask for help. The rational side of me reminded the irrational side that I was not the first wife in my situation. The sensitive side of me thought about how absurd I would seem to others, and the fact that people might question of it were not my fault in the first place.

I have to admit that it was a Dr. Phil episode that inspired me. In the particular episode, Dr. Phil was speaking to an addict who was of course convinced that she was not an addict, and worse, that her family and friends were over-reacting. I went to sleep that night knowing that I was not going to allow my husband to destroy himself; or his family – not on my watch.

The day that I confronted my husband was one of the best days in our marriage.

When I showed him the receipts from the restaurants, he actually looked puzzled. I don’t think he knew what was coming next. I didn’t question his loyalty or his judgement. I didn’t call him a liar or tell him that he had let me down. Sure I felt it, but I didn’t say any of those things. I simply told him that there are two ways to live, honestly, or not. It was that simple!

We sat down and talked about the reality of his situation – our situation. The reality was that his cholesterol level was so high that without immediate changes to his diet and lifestyle, my husband could have a stroke, or worse, he would not live to see his children grow. Sure, he was going to the gym, and eating healthier at home, but the food that he ate outside made all of his efforts (and mine too) futile.

You see my husband’s affair with food started long before we met. Thinking back to when we married, and spending time in his family home, there were two things that bothered me: my husband did not and still does not eat fruits and vegetables. Okay, I take that back; he eats bananas, apples and lettuce. Secondly, his family, very lovely people,  ate large quantities of food and lived a pretty (from what I could see) sedentary lifestyle in Cairo. I also felt a tinge of guilt, because in all the years of our marriage,  I had been a passive-aggressive inconsistent supporter of my husband’s eating habits. While  I would spoon-feed him information about fats and cholesterol, I would later cave to his demands of creme caramel every single day of Ramadan, or serving an extra slice of chocolate cake (because it was his day off), even as my gut said otherwise.

In the end, enabler or not, I came to realise it was not something I did, or was doing wrong. He was not a child after-all – he was a grown man. I let go of the guilt, and forced him to look in the mirror if he wanted to change, and if God willed it,  have a long healthy life with his family.

I pulled an elemental force from within and accepted the inevitable; we had a lot of work to do.

On my end, I learned more about cholesterol than I ever thought I could know about a topic. I made phone calls, took out library books, read article after article, booked appointments and sought advice from those I loved and trusted; especially my mother who is a nurse. I look at labels, follow serving guidelines, and when I say “no” to serving this or that dish, I do not waiver. Most of all, I continue to force my husband to be realistic and honest about his habits. If he chooses to eat that cookie, or croissant (his favorite), so be it. That’s his choice.

It’s not every day your husband is told that he’s a heart attack waiting to happen; especially when he’s a seemingly fit man in his 30’s who works-out three times a week. He knows and understands that with a family history of heart disease, he is not like most men, but he’s not unique in this health crisis. It’s not easy here at home. On a positive note,  I have a new outlook on what being healthy from the inside out means. More importantly, just a glimpse of what life could be like without my husband makes every single thing else seem so trivial. It’s not easy, but we will get through it.

What kind of life-changing habits have you made recently or in the past? Were you forced to make them or was it a choice…how did it affect your relationships?