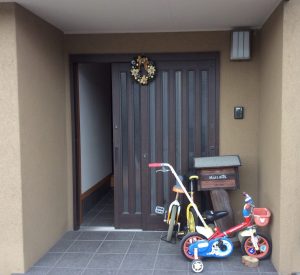 Gender equality has been in the news quite a bit in Japan recently, sort of, and some things have happened closer to home that have me thinking.

It started when a (female) Tokyo assembly member was heckled in a sexist way. Then Prime Minister Abe introduced some new policies to let women “shine.” (He needs to get them doing something for the economy.) He even appointed several women to cabinet posts, for about five minutes, until they were slapped back down into their places over minor scandals.

In Japan, people are talking more about issues women face but no one seems to be doing much about them.

(Lest I forget: strangely enough, the declining birth rate is treated as a “women’s issue.” I seem to remember my husband being involved, too.)

I never considered myself a feminist growing up. Some members of the evangelical, conservative community I grew up in doubtless felt “feminist” was a new version of the  “F-word.”

OK, so I went to a high school with more sports options for boys than girls. And yes, girls were encouraged to take chorus and home economics instead of woodworking or mechanics. So maybe I heard men from my community refer to grown women as “broads” or “gals.” There also were some restrictions at church regarding women’s and men’s roles. But I never felt that possessing certain types of baby-making parts limited my potential.

Then I moved to Japan, where gender roles are more firmly entrenched and my way of thinking slowly changed.

As I get older, and because I am a mother, I find that I am limited in ways that I couldn’t have foreseen as a young girl.

Some people may find life here in Japan freeing. If you aspire to be a homemaker a la Martha Stewart, then your life’s work would be very much respected and appreciated here. My husband wouldn’t bat an eyelid if he came home to a messy house because I’d spent the day at a preschool mothers’ lunch. He knows that is part of the job (on the other hand, it would never occur to him to pick up the mess himself.)

If, as a woman, you have other aspirations, Japanese culture seems designed to work against you. The glass ceiling is very much in tact. On the news here you do hear issues like lack of childcare and “maternity harassment” being addressed. But what gets talked about less often is that to many women, including myself, it feels as if there’s a glass door as well.

Before a woman can even think about what is facing her out in the world, she needs to address the forces that are keeping her at home. Some of these are practical, some are logistical, some are cultural and perhaps peculiar to Japan and it’s work culture.

For me, it starts with my husband: He leaves home at 7am every morning, but I have no idea what time he will be back. Sometimes it’s 7pm. Sometimes it’s midnight. He may be in the office that day, or he may suddenly be sent to another prefecture. He’s made international trips on 12 hours notice. I cannot depend on him being home at a designated time, by no fault of his own. The idea of him taking time off with a sick child is preposterous in the extreme.

I have been lucky enough to have two job offers recently, both of which would be more or less during school hours, but neither is nearby. If a child were to get sick and need picking up, or if god-forbid there was a natural disaster (which is always in the back of your mind if you are a mother in Japan,) then my husband would be closer. I mentioned that, and he completely shot me down. Not just the idea of him picking up the kids in case of an emergency, but the idea of a job anywhere outside of cycling distance from the school.

We live in a residential neighborhood. I patch together some part-time work here and there, but it’s not like there are loads of professional opportunities in a two kilometer radius.

I suddenly felt very limited, penned in, in a way I haven’t felt before. The glass door was slamming in my face.

I don’t think I’m alone in this conundrum. Go to almost any supermarket in a residential area during the day, and you will see women in their prime working years manning the register. Many of these women have university degrees. Many have licenses and qualifications to be doing other kinds of work, but they want to stay close to home. They also need salaries to stay under $10,000 year or face a peculiar Japanese tax code and insurance system that penalizes families where both partners have incomes over that amount.

Then there are my kids: Like 2/3 of Japanese women with children under 6, I stayed home when they were small. They now completely depend on me for everything. It seems to have never entered their minds that someone else could give them a bath or help them find their missing socks, mostly because no one else has ever done anything for them. Especially when they are sick, they want only me. It was very hard when my daughter was in the hospital, both children wanting to be with me and emphatic that no one else would do.

But now my youngest is in elementary school, and I would like to just be doing more of something….else, but for me to plunge into the workforce would be a huge adjustment for my children. Is it worth the stress? Can we survive what is sure to be a painful adjustment period?

Maybe if I had more family support, it would feel less impossible but as it is, it seems like everyone is against me.

Which brings me to the final characters in this comedy, my in-laws: They say they’ll watch the kids, then they change their minds. Or something better comes up. From their point of view, this house and these people are completely my responsibility. Anything they do is extra credit.

To be honest, we’re getting to the point where my in-laws need my help more than I need theirs.

They aren’t shy about letting me know my place.

One day not too long ago, my son was playing at the park with his friends. It was getting close to homework time, so I called him and told him to come home. He said he was playing with Jiji (which is an endearing term for grandfather used in our region of Japan,) and could he play for a bit longer? Since he was out with an adult, I said okay.

The next day, I got a verbal whipping from my father-in-law over the phone, accusing me of being irresponsible, a bad mother. It took me a few minutes to understand why he was saying this, but when I got to the bottom of it, I realized my son had lied to me. He was playing with his friends when Jiji walked by and told him to go home. My son told him I wasn’t at home and said he couldn’t come back until I did. (I must have called right at this point.) “How dare you not be home in the afternoon?” said Jiji.

Putting aside that none of this nonsense was true, so what if I wasn’t home in the afternoon? Of course I wouldn’t have left the kids to wander the neighborhood like stray dogs, but why was my not physically being inside my house such an issue to him? His assumption that it was my duty to be always available to everyone took me by surprise.

I could almost hear the glass door slamming again.

There are also other barriers for women in Japan—an over active PTA for one, and a myriad of community responsibilities attended to exclusively by women for another. I imagine most women in the world encounter both the “glass door” and the “glass ceiling” in some form or another, but in Japan only one of these factors is seems to be getting much attention. Building new daycare facilities isn’t enough; the government stating goals to increase women’s participation in the workforce isn’t enough. Until we do something about that glass door, nothing will change for one of the best educated, least utilized group of women in the world.

Do you feel you are fulfilling your potential, both at work and at home? What’s the situation like in your country?

This is an original post for World Moms Blog from our writer and mother of two in Japan, Melanie Oda.