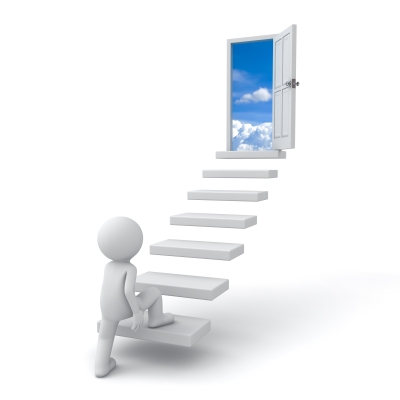 Schooling years are a big challenge for parents. Often, we even regard those years as a period of crisis. For Egyptian mothers the most challenging schooling years that we experience are the final two years of high school. Those two years are called “Thanaweya Ama”.

The scores of the last year of high school determines the future of our children. Students are admitted to specific faculties in college in accordance to their scores during the last year of school. To be able to join the college they want, students need to satisfy the minimum the college has indicated for applying. Only students with very high scores can choose the path they truly desire. The rest must follow the path their scores allow. In our community the top three sought after colleges are Medicine, Engineering and Pharmacy. Most of us believe that the students who join these colleges are the smartest ones. It’s frustrating for parents when because of their scores, their child cannot realize their dream of joining one of these colleges. Actually, it’s usually the parent’s dream.

I remember what a tough year that year was for me as a student. I challenged myself to get more than 90% although the faculty of Engineering, which I wanted to join, accepted students with only an 80% score. I remember how I had to study for long long hours and the thousands of math problems I had to solve. I became addicted to it. At that time, solving math problems in different branches of mathematics became my only pleasure. I was really nervous and upset.

Sadly, the beliefs the students and the parents held, made that period of time a nightmare. It became common during the final exams to see photos of crying and screaming students in the newspapers. A household with a student in Thanaweya Ama is living an emergency crisis year.

I will live through this experience with my eldest son next year. He is in his pre-final year or let’s just call it eleventh grade. For the most part, over the years, he hasn’t been willing to work hard although sometimes he did focus on the subjects he was interested in. Usually he received good scores in the subjects that interested him but average scores in the rest of the subjects. His resulting overall score was average.

Last year, he started becoming more aware that he needs to work harder, He has begun to realize that his future will be determined by the coming years. That was really surprising and pleasing for me. He has finally begun spending longer hours working on his homework and studying, although still working on the subjects he likes. His scores at the end of last year were still average.

From my point of view, my main objective is not to ensure he gets the highest scores but that he discover his capabilities and find out how smart he is. I believe in him and in his strengths but I find that he isn’t willing to challenge himself enough.

Many mothers with children in final year recently advised me not to press him too much this year as the next year will be so long. It lasts almost 11 months as it starts in July and ends the following June. They believe that he will be under great pressure next year. I believe that he needs “to build his muscles” this years. I believe he needs to get used to exerting more effort in order to be prepared enough for the real competition.

Since the fourth grade I have let him manage on his own. I didn’t care a lot about pressuring him to get the highest scores, all I wanted is for him to learn to manage on his own. I wanted him to realize that he’s responsible and he can study on his own. The question now is what is my role in helping him find out his real potential during this period of his life? How can I motivate him without stressing him out? I’m sure that excessive stress is the biggest enemy during this year. I’ve always told him “Don’t worry about the scores. All I want you to do is to relax, believe in yourself and do your best.”.

When I think about the challenge I’m facing with him during these two years of Thanaweya Ama, I try to get a clear image of what is my main role. It’s not as easy as following up with him to see if he has finished his homework or not. Eventually I came up with the idea that helping him manage his time, taking care of his nutrition and his sleep, supporting him emotionally and motivating him are what he needs more and it’s the best I can offer him during this vital period of his life.

As a mother, do you think that’s enough? What challenges do you face with your children’s education in your country? How do you support them? How can you help other mothers overcome similar challenges?

This is an original post for World Moms Blog by Nihad from Alexandria, Egypt. Nihad blogs at  Aurora Beams Life Coaching.

Image courtesy of  “Figure Stepping Up To His Goal” by Master isolated images,  FreeDigitalPhotos.net