Every four years, a large part of the world’s attention descends on one nation – for World Cup Football. Tomorrow, the FIFA World Cup actually starts, and as you all know, the first match is in Sao Paulo, where Brazil takes on Croatia. I was on the phone with fellow World Moms Blog editor, Jennifer Burden, and she asked me if India is excited for the World Cup.

My own family has World Cup fever, inspired by my recent trip to Brazil to report on world poverty and environmental issues, but when I think of the whole of India excited about something sport-related, it is really only cricket that comes to mind!

People in India will watch the World Cup games, but it won’t compare to our country’s level of excitement over cricket.

When it comes to sports, India is a cricket-crazy nation.

Men, women and kids all watch and/or play and/or have favorites and/or conduct mass prayers and/or do just crazy things for the sake of cricket. There is really no end to it!

Sachin Tendulkar, a cricket player, is like a God to everyone in India. And there is absolutely no limits to what people would do for cricket. It is not just a game. Cricket has a very special life and a very special relationship with this country. It cannot even be explained, however, living in India during the cricket season would say it all.

People color themselves with the tricolor Indian flag. The tricolor theme is not just clothes and caps, but you can find it also in the school premises, in apartments (flats) — theentire nation in is the colors of the Indian flag for the cricket. The celebrations are as intense, if not more, (ok, I have to be honest- it is the most celebrated event) than even Diwali or the Independence Day.

Check out this picture of a school in Western India where the school children are rooting for the Indian cricket team.

And then people just form throngs everywhere during the actual time the game is telecast. Office-goers, housewives, school-children, get together wherever there is a TV and watch. Homeless people watch cricket on the TV sitting on the streets across an electronics shop (or TV shop). No, they aren’t driven away. Because it is cricket season. 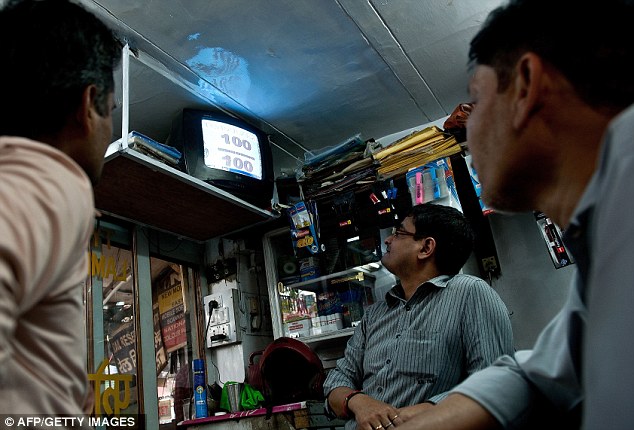 Shopkeepers let the customers watch the match from the shop indefinitely

There are common TV viewing holes in villages like the local tea-stalls, community centers, even movie theaters at times, a common TV in the square of the slum. Oh, there is no end to this kind of thing. These pictures to do the job of explaining the craziness cricket causes for the people of India and the rest of sub-continent countries (Pakistan, Sri Lanka and Bangladesh). 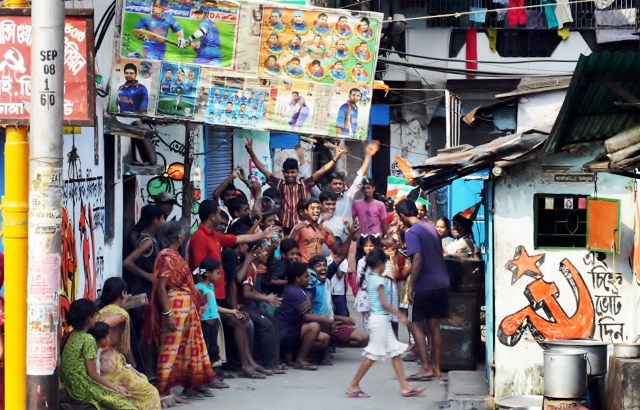 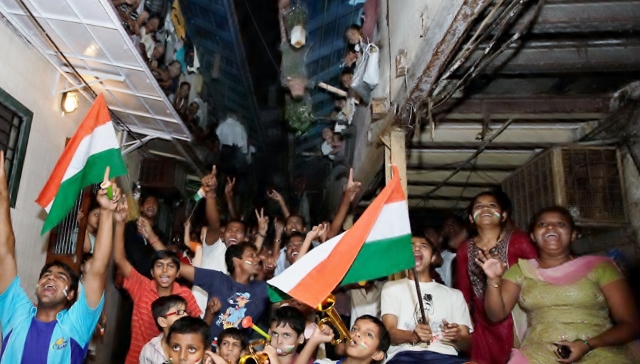 The slum dwellers watching the cricket match from a local TV-hole in the slums. 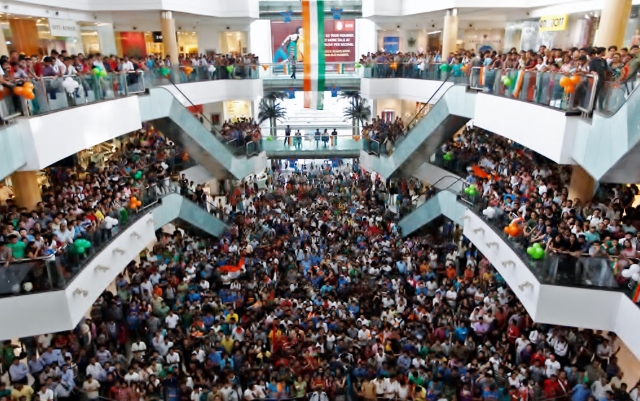 This is a mall in Kolkatta where the finals of the match between India and Sri Lanka is viewed. 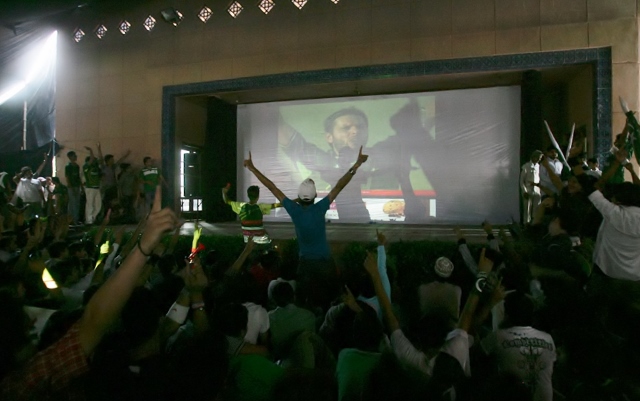 This is a movies theater in Karachi, Pakistan where cricket is telecast during the cricket season.

So, now coming back to the FIFA World Cup to be held in Brazil, all that I would say is that, the temperature is slightly lukewarm in comparison to the fever of the cricket playing nation.

Yes, we do talk a lot about it. But I guess that is about it. And, perhaps, some real football fans would watch it because they are really that – football fans.

By the way, did you catch Brazilian World Mom, Eco Ziva’s, post on the World Cup this week?

So what happens in your country? Is it a football-crazy country too? Or does your country live for some other sport?

Photo credit to the author, The Daily Mail and The Atlantic.

This is an original post to World Moms Blog written by Purnima Ramakrishnan, our Senior Editor from India.