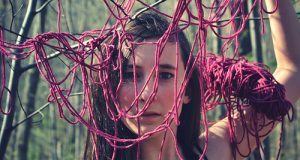 You know how someone can tell you something that you already knew but in just such a way that finally  something “clicks” inside you?

That is what I felt when I read Argentinean psychotherapist, Laura Gutman’s, work recently. Laura Gutman’s books are best-sellers in several Spanish speaking nations, where she is known for promoting conscious mothering.

Three of her books have been translated into Portuguese, of which one has also been published in English. I had heard so many good reviews of this particular one (Maternity, coming to face with our own shadow) that I bought it as a Christmas gift for a friend, who is planning on getting pregnant soon. For another friend, I bought a second one, whose title seemed interesting – it could be roughly translated as The power of maternal discourse.

I confess that – after three kids (including a baby), having read tons of parenting books and with restricted time for reading anything unrelated to work – I didn’t plan on tackling either anytime soon. I didn’t really think there would be anything new. However, when I picked up The power of maternal discourse I couldn’t stop. And immediately after I finished I read Maternity...

For starters, my relationship with my mother wasn’t exactly affected in a positive way, at least not in practice. In fact, we had a huge fight right after I read the book which ended up in us not spending Christmas together. Yet, although unpleasant, it was necessary as we both said things that had been kept inside for years.

One of the main arguments of The power… is that our own personal story is mostly constructed by what the dominant adult in our childhood (usually our mother) said, which is not necessarily accurate or entirely true. Thus, Gutman states, the unsaid truths are often what hold us back, producing our so-called “shadow”.

For those of you unfamiliar with the concept of shadow, it would be our unfaced “dark side”, a side we try to suppress or deny, often at high cost. Additionally, as other authors have argued, we must try to understand, accept and learn from our shadow, and one way to do that would be by trying to reconstruct and examine our true life story.

The power… is not an optimistic book. In fact, from her decades as a therapist, the author believes most people’s lives have been tainted by some sort of childhood abuse. Of course her definition of abuse is ample, yet the examples she brings are quite distressing.

I guess what resonated most with me were her writings on “childish mothers”. More specifically, how many mothers – despite providing adequate physical care for their children and apparently being present – are often emotionally absent and overly self-involved, which results in the child carrying out the mother’s role in many situations. Then, when this child becomes a mother (or a father) the unresolved child within them will make them act childish and emotionally unavailable with their own child(ren) and so on.

Although her ideas were not exactly new, as I said, for some reason many things finally clicked. When adults we all know are parents are flawed and we might even understand and forgive these flaws, yet in practice these flaws may still be hard to deal with. Although we may rationally believe that our mother/father did the best they could to raise us, with the tools and knowledge they had at that moment in their lives – the hurt child in us might still dominate our emotions in practice.

In my case, many things I carried around as being my “fault” were really my mother’s responsibility, and that was surprisingly hard to admit and accept.

On the other hand, Gutman encourages us to step into the adult we are now and make our own choices by understanding and accepting the truth about our past. And hopefully engaging in a better relationship with ourselves and with our own children, which is what I am trying to do now!

And you? How have you dealt with issues related to your own parents? How has resolving (or not) these issues helped you in your relationship with your children?

This is an original post to World Moms Blog from our writer in Brazil and mother of three, EcoZiva.

The image used in this post is credited to photographer martinak15. It holds a Flickr Creative Commons attribution license.

« BC, CANADA: How To Tell A Depressed Spouse From A Jackass: A Mom’s Guide
SOCIAL GOOD: India and Polio- A Global Health Success Story »