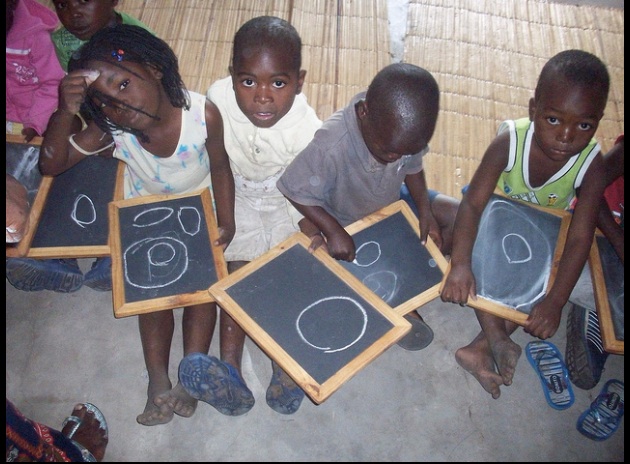 Photo Credit Save The Children

Where I live it is a given that most parents will send their kids to pre-school, some as young as two years old. It is common belief that early education builds a strong foundation for future learning, and we take for granted that our kids will go on to higher education. In other areas of the world where food security, clean water, sanitation and extreme poverty are primary concerns, education can be a luxury.   In some cases in these areas it is not uncommon for an older child to begin formal primary education for the first time creating classrooms of mixed ages.

Back in 2008, a $1 million donation from the 2007 Idol Gives Back television special, helped to build escolinhas or preschool centers targeting orphans and vulnerable children for Save the Children‘s program in Mozambique.  Since then the program has reached about 5,000 three to six year olds and their families, and it continues to run with the help of trained volunteers from rural communities.

Children in developing countries, like Mozambique, who attend early childhood development programs are more likely to enroll in school and enter school at the right age. This is important because children who are over-age for their grade level are more likely to drop out, so early childhood development programs actually increase the chances that children will stay in school longer.

Due to the success of the preschool centers Save The Children was able to continue to find funding, and recently the progress seen in the area caught the eye of the Government of Mozambique, resulting in the implementation of similar early childhood education programs throughout the country.

In a country where most inhabitants live in rural interior areas that are prone to “hungry seasons” of flooding or drought, kids enrolled in early childhood development centers benefit from access to health care and interventional care such as deworming, malaria prevention, nutritional support or social welfare.

Investment in early childhood development can provide the greatest return, and the results from these Early Learning Centers are proof. It is important to reach kids before it is too late, before they have dropped out of school, or grown up without reaching their full potential.  Development aid and countries have the opportunity to make a lasting difference in health outcomes, economic productivity, and educational opportunities by investing more human and financial resources into early childhood development programs.

To find out more about early education and Save The Children’s program in Mozambique join us tomorrow night, Wednesday November 6th from  9-10pm EST for a  #Moms4MDGs twitter party with Save the Children, Multicultural Kids Blogs and World Moms Blog! Hope you can make it! 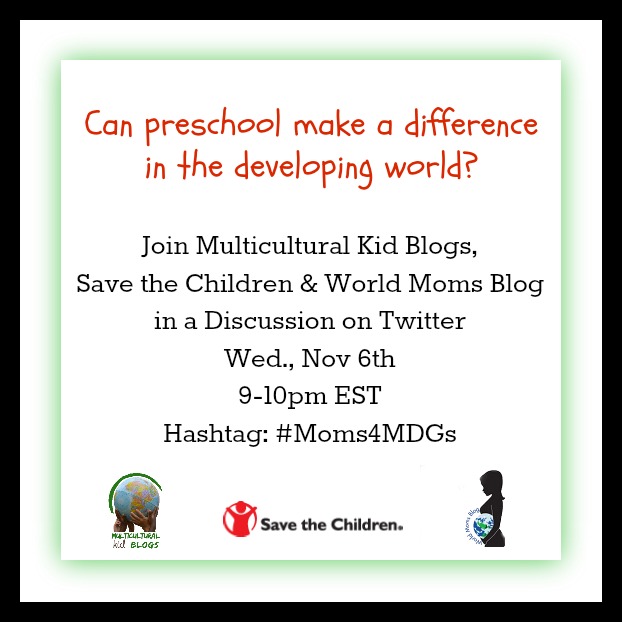 « NEW ZEALAND: In Praise of Cousins
MOZAMBIQUE: Interview With Save The Children On Early Education »