This post is a reflection by our editor, MamaMzungu, in Kenya on the September 21, 2013 shooting in Nairobi, when 10-15 unidentified gunmen opened fire in an upscale, downtown shopping mall, killing 62 and wounding more than 175 people. 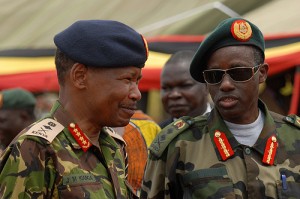 I’ve spent the last few days fighting back (often unsuccessfully) tears. When I communicate about this tragedy to friends and family, I find myself most often saying, “there are no words.”

Sixty dead souls, children among them, nearly 200 injured and the senseless death toll keeps mounting. Ravi Ramrattan, among them, is a friend who was kind-hearted, whip-smart and had a manner that immediately put everyone at ease. They identified him by his shoes.

Unthinkably, when I describe him, I have to use the verb “was” not “is;” his bright future snatched from him, leaving a crater-sized hole in the hearts of people who loved him. Those are words. And as I type them, here I go again fighting that tightening in my throat and welling in my eyes.

When we first heard about the shooting, we were camping in a forest with some friends. We were walking amid astounding beauty with our children, 3 four-year-olds and 3 babies. We received information in fits and starts when cell phone reception worked.

Then it was 39. But these numbers could keep going up. Where will it stop?.

But it was one small detail, not the numbers, that finally made that scene at the luxury mall real: It was a children’s day at the mall. Something I might have taken my own babies to. Some of these children were now dead.

I was going to write something about numbers, how we interpret tragedy and risk through a narrow and almost tribal lens. How I’ve seen a lot of equally senseless and avoidable death from terror of poverty. And those numbers are higher than 60.

How disappointing the truth is that it pains me to my core, when the victims look like me – when I can picture myself and my children in that circumstance.

How, as much as I think of myself as part of a truly global community, the world spins off its axis more for me when my bubble of safety and comfort is exploded.

But forget all that. I’m not in the mood to be philosophical yet. I just want to be sad. I want to mourn.

All life is precious. And fleeting. And nothing is sure. I just want to hug my family extra tight. And I want to pray to a god which I have to cling to, even though such senselessness make me doubt his existence, to bring comfort to the people who are unexpectedly burying loved ones too soon.

Mama Mzungu is a World Moms Blog editor and contributor living in Kenya with her husband and two young children. You can read more about their life and recent events on her  blog: Mama Mzungu This article was reposted on World Moms Blog with permission.

The image used in this post is credited to US Army Africa and holds a Flickr Creative Commons attribution license.

« SOCIAL GOOD: Honouring Eleanor Roosevelt and Girls Around the World on October 11th!
SINGAPORE: Dealing with my imperfections »