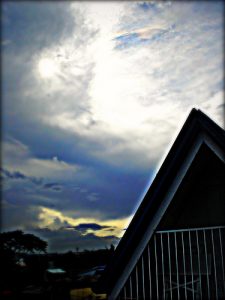 I am not a deeply religious person, nor am I regular church goer. I have a deep sense of spirituality, mostly from years of travelling. I never want my son to fear death, and I want him to celebrate life.

How do I honor my Father and share who he was to my son? I have met several people in similar circumstances who have chosen never to speak of their deceased parents. Which for me, didn’t make sense, I have always felt that if I still had both parents, why should I deprive my son of his Grandfather?

I realized one day that I don’t even have a picture of my Father on the wall. Strange, but I don’t even have pictures on the wall. It dawned on me just how nomadic we have been living,  and that maybe it was time to start sharing family history with our son.  I feel protective of my memories, and guard them ferociously as if they will one day disappear.

Also, I realized that I didn’t have a proper name for my son to call my Father, just because he is not on this earth didn’t mean that he is not a grandfather, so I told my son he has a Grandpa in the sky. My memories and stories are my own, only those who knew my Father can speak of him. My husband can’t help me with these stories, so it is up to me to give my son his Grandpa.

I thought it would be a lonely journey to start putting pictures up and to unpack memories, yet, in fact, it feels whole. My son looks at photos of my Mother and Father and knows who the man is with Nana. Being nomadic didn’t mean that I had to leave everything in boxes or shut one part of my life up in an air tight box. I figured that it is better to fully unpack, then to stay packed.

How do you introduce a deceased grandparent or family member to your child? How do you keep their memory alive?

The image used in this post is attributed to http://www.flickr.com/photos/tacitrequiem/. It holds a Flickr Creative Commons attribution license.