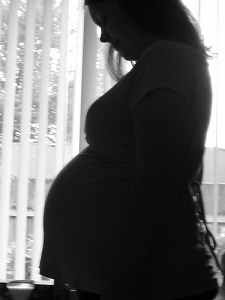 Living in China, I often find myself standing up for this country, giving my temporary home the benefit of the doubt. Mass poverty? Yes, but economic and social development take time. Corruption? Oh yeah, but what government doesn’t have its scandals? Human rights abuses? Undeniable, but the ‘bad guys’ are only a small fraction of the population.  China often gets beat up and bullied by the media, but I often remind myself of how far and quickly that China has come.

But sometimes, things go too far. I cannot ignore them, I cannot stand up for China or defend its actions.

A few weeks ago, news broke about the story of a young woman named Feng Jianmei. Feng was seven months pregnant with her second child- a big no-no under China’s One Child Policy. Feng and her husband were required to pay a hefty fine for violating the Policy; the fine actually only amounted to about USD$6000, but it was an unfathomable sum for them, almost an entire year’s income.

Unable to pay the fine, at seven months pregnant, Feng was forced to have an abortion.

This is not the first or only case of forced abortion in China, where abortion is legal up to the 6th month of pregnancy. Usually, forced abortion cases are kept secret and denied when word leaks out. But in Feng’s case, her family refused to keep quiet. They took photos of her post-abortion and posted them online. The photos show Feng lying in a hospital bed, next to her aborted baby. The photos are really graphic, and make me feel sick every time I look at them, so I haven’t posted them here. If you want to take a look, you can find them here (the website is in Chinese, but the photos are clearly displayed).

The photos triggered massive public outcry which the government could not ignore. An official investigation was carried out. In the end, a few local officials were given a slap on the wrist, and Feng and her husband received an apology and a measly $11,000 in compensation.

As a mother, who was raised in a place were my human rights were respected and who knows what it’s like to conceive, grow, and expect a baby, this story makes me so angry. It’s impossible to deny that China must deal with its population problem. Although, forced abortion lies outside the realm of the pro-life/pro-choice debate. What I cannot defend or stomach is the gross violation of a woman’s body and her reproductive rights, and the whole inhumanity of the situation. It is moments like this, when China ignores the human-ness of its citizens, that I struggle with living in China.

There is a small silver-lining to this story: around the same time that Feng’s story broke, news surfaced of another Chinese woman who was about to be subjected to a forced abortion. With Feng’s story in the spotlight, authorities didn’t dare perform the procedure, and the woman has been permitted to carry on with her pregnancy.

But what worries me are the unknown number of other women who are put in this situation, whose cases are kept under the radar and who are unable to stand up for themselves.

What do you think about China’s One Child Policy? How should China balance the rights of its women to reproduce with its staggering population size?

This is an original post for World Moms Blog by Taryn. Taryn blogs at Mama’s Got Wanderlust, and can be found on twitter at @mamawanderlust and on Facebook.

Photo credit to One Tiny Spark, http://www.flickr.com/photos/eurich/2776741593/. This photo has a creative commons attribution license.

You could say that Taryn has travel in her blood: a South African-born Canadian, Taryn has lived in Toronto, Vancouver, and Indiana, and has travelled extensively to Iceland, Israel, Italy, India, and a few places that don't begin with the letter I. After a brief stint as a travel guide writer, where she realized that her dream job was actually a lot of work for not much pay, she gave in to the lure of a steady job (and pay cheque) and settled in Canada's beautiful capital, Ottawa.

In 2010, she embarked on her biggest adventure when her daughter Charlotte was born. A few months later, her hubby J. accepted a work assignment in Russia, and the family moved to Moscow. In 2011, Taryn accepted a work assignment of her own in Beijing, China where she currently lives. While excited about the opportunity to live in the world's biggest up-and-coming country (and to practice herMandarin skills), moving to China has meant leaving J. behind in Russia while he finishes up his work assignment before moving to Beijing this summer.

In the meantime, Taryn juggles career-dom, living in a foreign culture, and being a temporary single-mom to a spunky toddler. Taryn is also the blogger behind Mama's Got Wanderlust, where she writes about her adventures in travelling, parenting, and living abroad.